so after seeing the movie paranormal activity and it being halloween and everything…i started to really think about the weird things that have happened at my parent’s house over the years. and i’m thankful that i’m not living there at the moment otherwise i’d probably be too freaked out to think about what it could be.

obviously my sister and i believe that our parent’s house is haunted. it’s not just that when you sit in the dark in the living room and look at the stairway you get freaked out…or that the basement is a little scary..it’s that the place is really haunted and we have had many strange things happen. so here it goes.

i used to think i was just scaring myself or just thinking i heard noises, i mean it’s an old house. but then when my sister also told me things that she heard i started to really think it was haunted. i feel like when i walk into my house i can feel something weird. some sort of weird presence. but it’s mostly when i’m alone in the house. it’s like i’m not really alone. i’ve spent many nights in that house with every single light on. or sitting in the computer room and having the door shut because i was afraid i would see someone walking through the dining room, even though no one was home.

the places where i have felt the most activity is the living room, the kitchen, the back stairway, and my bedroom. so let’s start from the beginning. the first thing i noticed about the house was when i was up late either watching tv or on the internet in the computer room…i could hear like a conversation going on in the living room. the living room is right next to the computer room. it wasn’t like i could actually make out words from the conversation it was more like 2 (or more) people were talking with a low voice because they didn’t want to be heard. and this is what forced me to fall asleep every night with my tv on. because even when i was upstairs in my bedroom i could hear weird things going on downstairs. people talking…people moving about. so every night i would put my tv on and i would be able to block out anything freaky going on in the house. and my sister was also doing this too…

the back stairway. the back stairway connects the kitchen downstairs with basically my bedroom upstairs. it is a small, curving, creaky, old, wooden stairway. i’ve always thought it looked pretty cool. i mean how many people have a crazy stairway like that? it is very creaky, you can obviously hear someone come up or down. and it’s right next to my room….so just about every night i’ve heard that stairway make the noise as if someone is coming up or down….and everyone is asleep. and we have cats so you may be thinking it was the cats…well cece was on my bed and chloe has a freaken bell on her so we know where she is at all times. and mimi…well it’s been awhile since mimi has been in that house…just recently though my mom has confirmed that every night around 3 am she hears this creaking in the back stairway.

my bedroom. i believe that my bedroom is probably the most haunted room in the house. i dont know why. but even my sister who has slept in there has said she doesn’t like it. maybe because it’s so close to the back stairway? probably the craziest thing that has happened in this “haunting” occurred in my room. it was one night when i was trying to fall asleep. and i was just about asleep. i was laying on my left side. and over my right ear i heard “andi wake up!” it was a whisper…and i could feel the breath of whoever was whispering in my ear. and i was definitely awake for many hours after that. and i slept with the light on for a week. i was freaked out.

a few other small things…one time we came home and all my parent’s dresser drawers were wide open. recently my mom also told me that she has been in the house and all of the sudden smelled roses. and this would be anytime of the year but seriously…we didn’t have roses and if it was winter…

so after going through all these things i came up with one main theory of who this ghost is. i know that the house is over 100 years old. and when we first moved in i thought i remember hearing it was built by a father for his daughter as a gift. i’m not sure if it was a wedding gift…and maybe i’ve got this part of the house’s history all wrong but…anyway. i’ve read in places and heard…and dante just recently saw on a tv show that having a back stairway was usually for a servant or a maid. they would use the back stairway so they wouldnt be seen. so i believe that this ghost is possibly a maid…and that explains the use of the back stairway so much and possibly the activity in my room…because her room probably would have been somewhere near that back stairway. and also the kitchen…the maid is cleaning! and the smell of roses…the maid probably cut fresh flowers and put them in the house. as for the conversation that i’ve heard in the house…i dont know. but the rest of it seems to fit together. and i wish i had the original floor plan of the house and the entire history like of past residents…did anything weird happen.

so basically that’s it…that’s all i have about the house. and i’m serious about finding out anything i can about the house so if anyone’s bored…and is interested in finding out the mystery of this house…let me know i wanna work on it!

and when i go home…i still sleep with the tv on. but one thing i wanted to point out…even though these things are crazy and freaky…i dont really recall feeling terrified or really even that scared, just mostly freaked out. the things just really freaked me out…but i’ve never felt like i would be harmed or hurt. what do you think kelsey? and anyone else if you’ve had some weird experience…let me know! 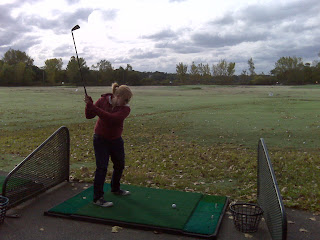 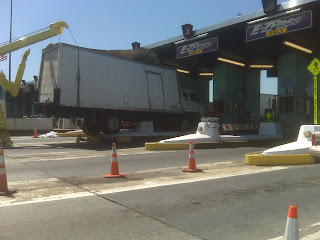 Awhile back I was on a business trip to Philadelphia and saw this.

See the EZpass is not so easy. You have to be able to aim well too.

I guess its OK. It actually gave me a better way to manage my webpages.

Anyways. There’s something I’ve been thinking about… between Freddy Kruger and Edward Scissorhands who would win in a fight?

Do I really need another domain?

Just because I want to make sure its mine! MINE MINE MINE! and no one will take it…

When I got this domain I was like 17 or something. It was just the IN thing to do. Now I own 2 domains and I pay $19 a year for them. Error42 and mymomsattic. None of which have made me money as of yet.

Maybe error42 will. Maybe it wont. It’s kinda just a pointless blog. If I pick up another domain, wont it just be another one of those needless things i pay for annually?