Today woke up with a really bad side ache and constipation. I don’t know what’s worse being able to poo or the pain from not being able to poo. Anyway, the side ache had me really worried it could be appendicitis…but I haven’t really had any other symptoms and I still have a pretty big appetite. Right now my side is kinda sore but not as much. It’s probably something we ate or drink because Don is feeling a little sick too.

Don’s mom and I went out to get food and medicine and then came back and Jonathon was here. We wanted to go out and do something but didn’t know what. Jonathon convinced us to go to a spa. I’ve never done anything like that. We got full body massages. It was kinda weird for me at first but then it was good. I think I want to get a foot massage next.

Then Jonathon, Don and I ate a Filipino restaurant. Then we came back to the hotel. We are invited to go out to karaoke but I don’t know if were up for it. I just feel so out of it. I hope things get better for the resort tomorrow. I don’t know how much more of this I can take. 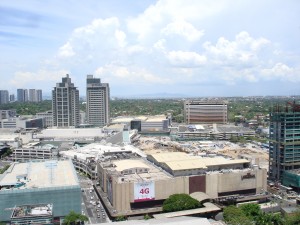 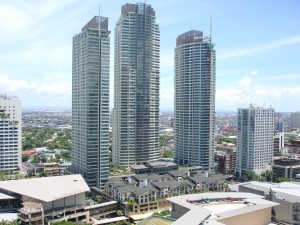 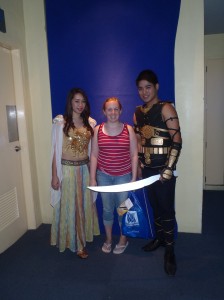 Today we woke up and had Mcdonald’s for breakfast. Showered and learned that there has been a drought in the Philippines for the past 6 months, so from 2 pm-8pm the water is turned off. Don’s dad keeps a bucket of water in case we need to wash in between those times. So it’s important when you’re showering to try to conserve water by turning it off when you’re lathering up.

Then we went to a mall in Manila to meet with Don’s Aunt, Tita Nitz. She had to have us bring our ID to make some corrections on the airline tickets for our resort we are flying to next week. First, while we were waiting we had a drink at Gloria Jeans hahaha! Then we went to an internet café so I could email my family and Don could check some work stuff.

After we got the stuff done with the airline we had lunch and then got a cab to go to some tourist attractions. We went to Fort Santiago. It was very cool. I took lots of pictures. We went to a museum about Jose Rizal, he was a writer who wanted the best for his country and ended up being executed.

Then we walked to a park, saw a lot of people that were begging. One beggar came up to us, he was really dirty and asking for money. He wouldn’t leave and a cop came over and hit him over the head with his hat. I was kind of shocked by this. It’s really different here. There are tons of stray animals (dogs and cats) and roosters crowing. There’s a lot of poverty. I feel bad. 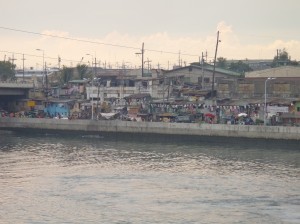 We went to an aquarium after the park. It was pretty cool because we recognized some of the fish we saw snorkeling.

Then we at a place called Max’s Restaurant. Don’s dad really likes the place. We had fried chicken and chop suey.

The driving here is crazy. Some places there are no lines to distinguish between lanes and when there are lines they don’t matter. There are tons of motorcycles. It is scary to be in a cab! We were almost hit several times. At most intersections there are no stop signs or traffic lights so people have kinda just formed their own way of knowing when to go and usually that means just pushing your car out into the middle and making people stop for you. It is way worse than anything I’ve ever seen. I don’t even think I could do it! I drove in NYC for 2 years and that is NOTHING compared to this. People will just walk out in front of the cars…like 4 lanes of traffic and just start walking. It isn’t like this is a small city or town. This is a city like I think with more population than Chicago and NYC. I will look it up later…and no stop lights. No traffic rules really at all. Just drive. 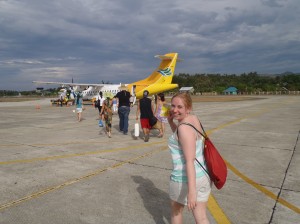