Last Friday on the way home there was a big storm. It was 5pm and the sky was black. I went to take the bus home from work. At the bus stop nearly everyone was standing far away from the curb. Either huddled under the bus stop weather box or way back by whatever doorway they could find. Me though, I decide screw the torrential downpour and take out my umbrella that a coworker lent me. So I go stand by curb with rain coming down hard. I think like one other person is doing the same as me. You have to understand, on a normal day there are a ton of people all getting in each others way trying to stand at this bus stop. On that day they were all scared if the rain.

So the point? So while I’m standing listening to my ipod standing in the rain my eyes are just randomly wondering around. Finally when I look down at the street at the river of rain water, the piles of leaves and garbage all soaked I see a peculiar wire warped up in leaves and maybe hair. At least it felt like hair. The wire looked familiar. Black and white cord all balled up with soaked trash and leaves.

So I pick it up. I remove the leaves and trash and find. (rpg reward sound with narrator) – YOU FIND A PAIR OF BO$E EARPHONES. I look around and see no one looking for them. Who knows how long they sat there covered in trash. The one person who noticed me pick it up had a disapproving look of garbage picker on his face.

So these are soaked. Really soaked. Through and through. The earbuds have mud and dirt in them. So I stuff it into my pocket. I decided if they are going to work I need to get them completely dry before I test it out.

Over the weekend I left them in a napkin by the window. Some sun and a napkin to absorb moisture. I’m telling you all this cause I just tested them and it turns out I now own a pair of full functioning bo$e earphones.

Funny thing is a few weeks ago I was thinking about it and I said to myself the only way I’d ever own a pair of bo$e headphones is if I found them or someone gave them to me as a gift.

There’s my bit of story. Ttyl8r

But what do I blog about.

So much has happened since the last time I put an entry in here.

Right, so time to go to bed. 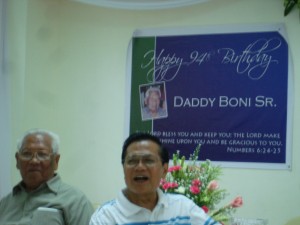 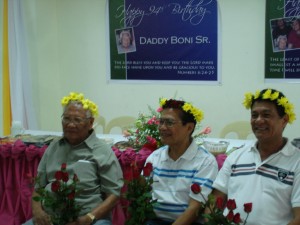 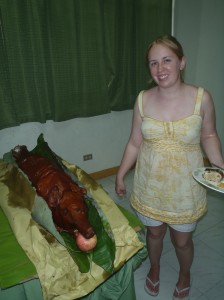 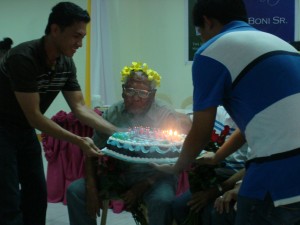 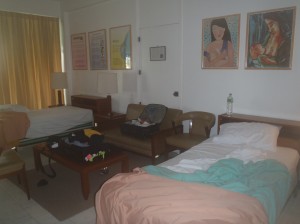 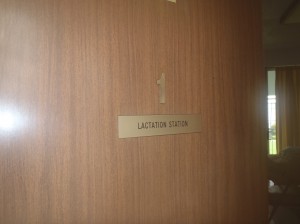 Today we woke up and had breakfast then came back to the room because it was raining and we really didn’t know the plans. We packed our stuff to go to the new hotel and good thing we did because soon a hotel worker came and said he was there so we could check out. He wanted to take our bags to the van. So we went out to the van and got in.

We went to Don’s grandfather’s place where he grew up called Pigdig…I think that’s how you spell it. Basically just drove around and he got to see some old neighbors and family. Then we took pictures of a church. Mostly just drove around all morning. Then went to a restaurant for lunch.

Luckily this restaurant had some normal foods haha. I’m just getting kinda tired of Filipino food. So I ordered a grilled cheese and fries…except they said the grilled cheese will just be a cheese sandwich, not grilled. Carol, from Australia also got this. The sandwich turned out to be not so great…it had mayo on it and some cheese like velveeta. The fries were okay though. I also ate some of the other stuff they ordered I just wanted some comfort food haha.

I’ve pretty much noticed though, here, any food I would normally eat in the US is never cooked the way you would expect it. It always ends up having some weird sauce on it or just not tasting right at all haha. I like Filipino dishes but I miss the food I always have haha. And I miss my Dr. Pepper, there is none here.

After lunch the sun came out! We started to head towards the new resort. As soon as we got here we swam. I had some Pineapple juice with Vodka. We were in the pool all afternoon. It was great. Then we came back to our room to get cleaned up for dinner. We took a lot of pictures while swimming with our underwater camera…here’s a few. 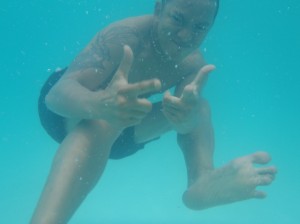 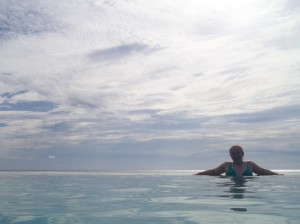 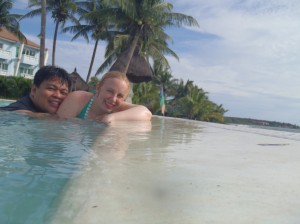 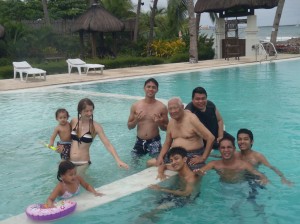 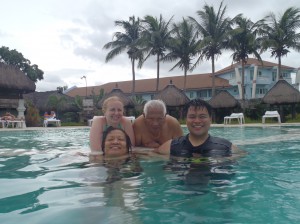 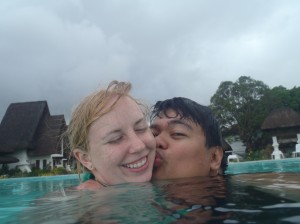 Some people wanted to go out for dinner but some people didn’t. No one could agree really and I didn’t see why we couldn’t just eat at the hotel. So Don, Jonathon, Regan and I decided to stay here. We ordered food from the hotel restaurant and were able to eat it in one of the little huts. Surrounding the huts is a pond with fish in it and when we were done eating we starting throwing rice at the fish. They were eating it like crazy. There were tons of fish at the surface waiting for food. We fed them pretty much all the food we didn’t eat. Rice, bread and meats hahaha. These fish were going crazy.

After dinner we decided to swim again so we came back to our room to change. Our power in our room would not work, nothing would work so we had to switch rooms. Then we went to swim with Jonathon, Jonas, and Eunice. Reagon found a crab by the side of the pool and it grabbed onto his flip flops and he brought it over to show us. When he sat the flip flop down the crab got off and just ran into the pool. Jonathon was the closest to it. We got kinda freaked out cause now there’s a crab in the pool. So we got goggles and started hunting it to get it out. It took a long time but finally we got it cornered and used part of folding chair to lift it out. It was also pouring down raining when we did this. When we flipped the crab out of the water Jonas saw where it went but then seconds later we couldn’t find it. So who knows where it went. Hopefully it’s ok.
Since it was pouring we were getting kinda cold so we came back to the room and changed. Then Don decided to go play poker with his cousins. Hopefully he doesn’t lose. 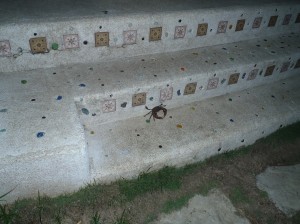