We woke up this morning and it was rainy.  We had our breakfast and got off the boat to explore St. Lucia. We hadn’t made any plans for shore excursions in St. Lucia so we were not sure what we would do exactly. As we were walking into the port terminal a guy yelled at us about an island tour.  So we went over to talk to him and another couple with two kids followed.  At first the guy said $40 per person for an island tour.  Don talked him down to $30.  So we were going on an island tour. We were not really sure what that entailed but the guy told us to meet him on the other side of the fence and to ignore all other tour guides that tried to talk to us.

Finally the 6 of us made it to his van.  It was me, Don, a couple from Boston and their kids Jonathon and Aaliyah.  They were 5 and 6 years old.  We were somewhat disappointed to see that Phillip our tour guide had already brought another couple and their daughter into his van.  They didn’t speak English so I was thinking well maybe he is just dropping them off somewhere, because we have had tours do weird things like that.  So we all piled into this van.  Phillip was in the front with the man that didn’t speak any English.  Don, the couple from Boston (I can’t remember their names) were in the middle row of seats.  And the woman her daughter, the 2 other kids and myself were in the back row.  It was extremely crowded.

So from 9 am until about 4 pm we were cramped inside this van.  We got out in various locations to take pictures. I will try to remember the route we took.  We started at Castries.  From there we went down the west coast, the Caribbean side.  The next town I remember was Soufriere.  Along the way we took pictures with a man and his boa constrictor and views of the pitons.  Phillip also took us to a banana field and told us a bit about the banana crop.  I tried the local beer here called Piton. It was pretty good. The views of St. Lucia were amazing, absolutely beautiful.  That made up for being cramped into the van.  Here are some pictures from the Caribbean side of St. Lucia. 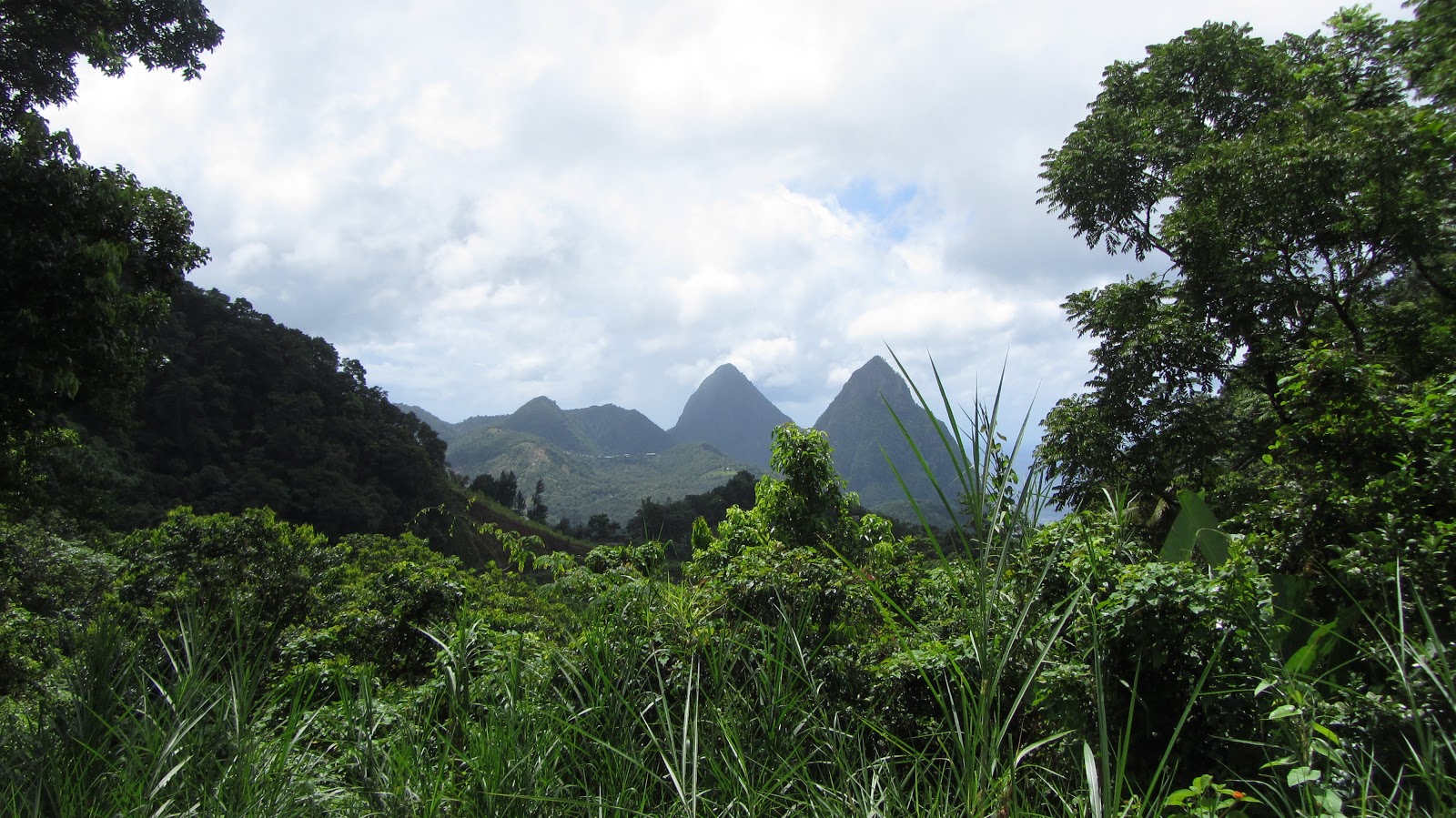 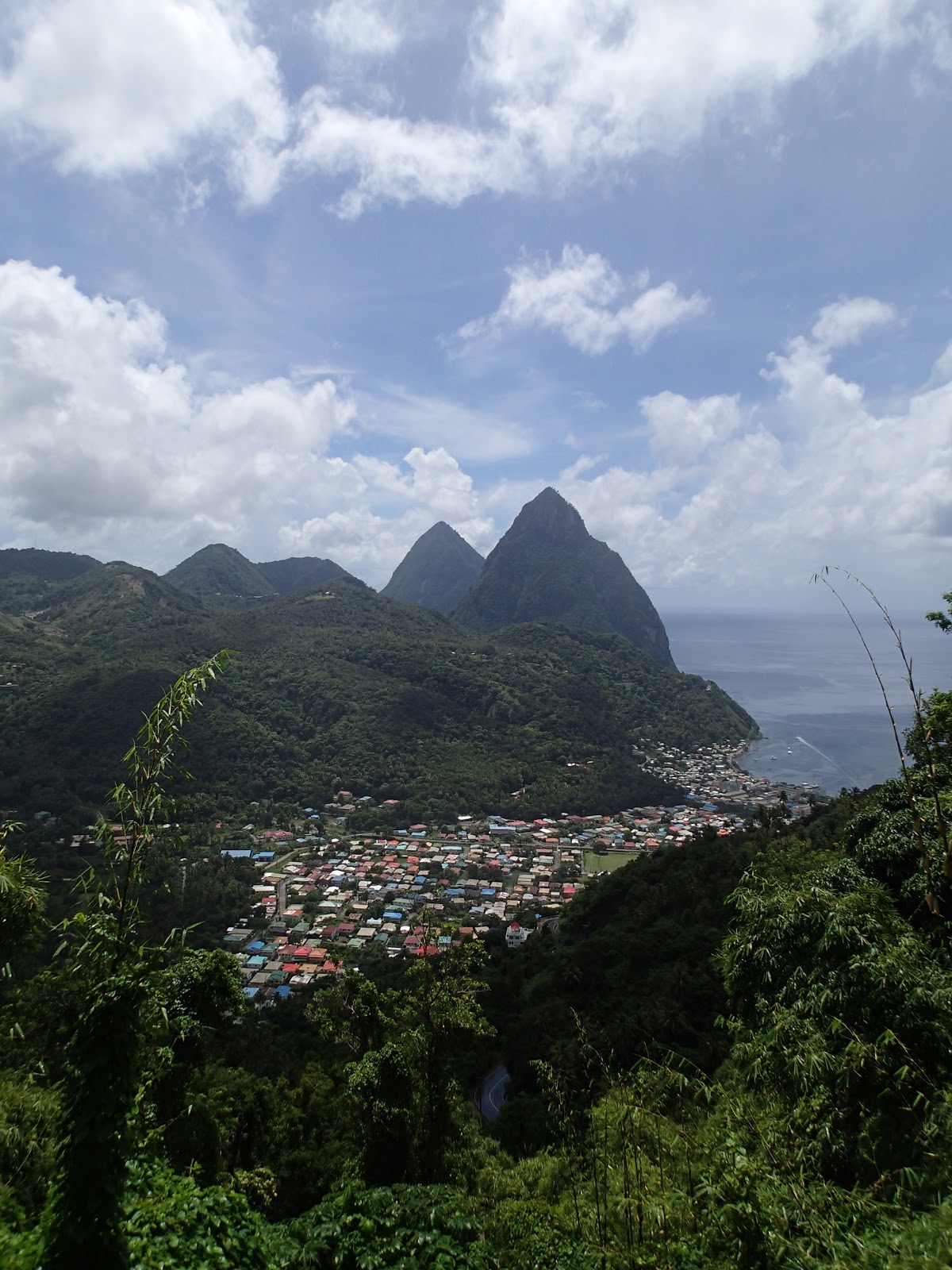 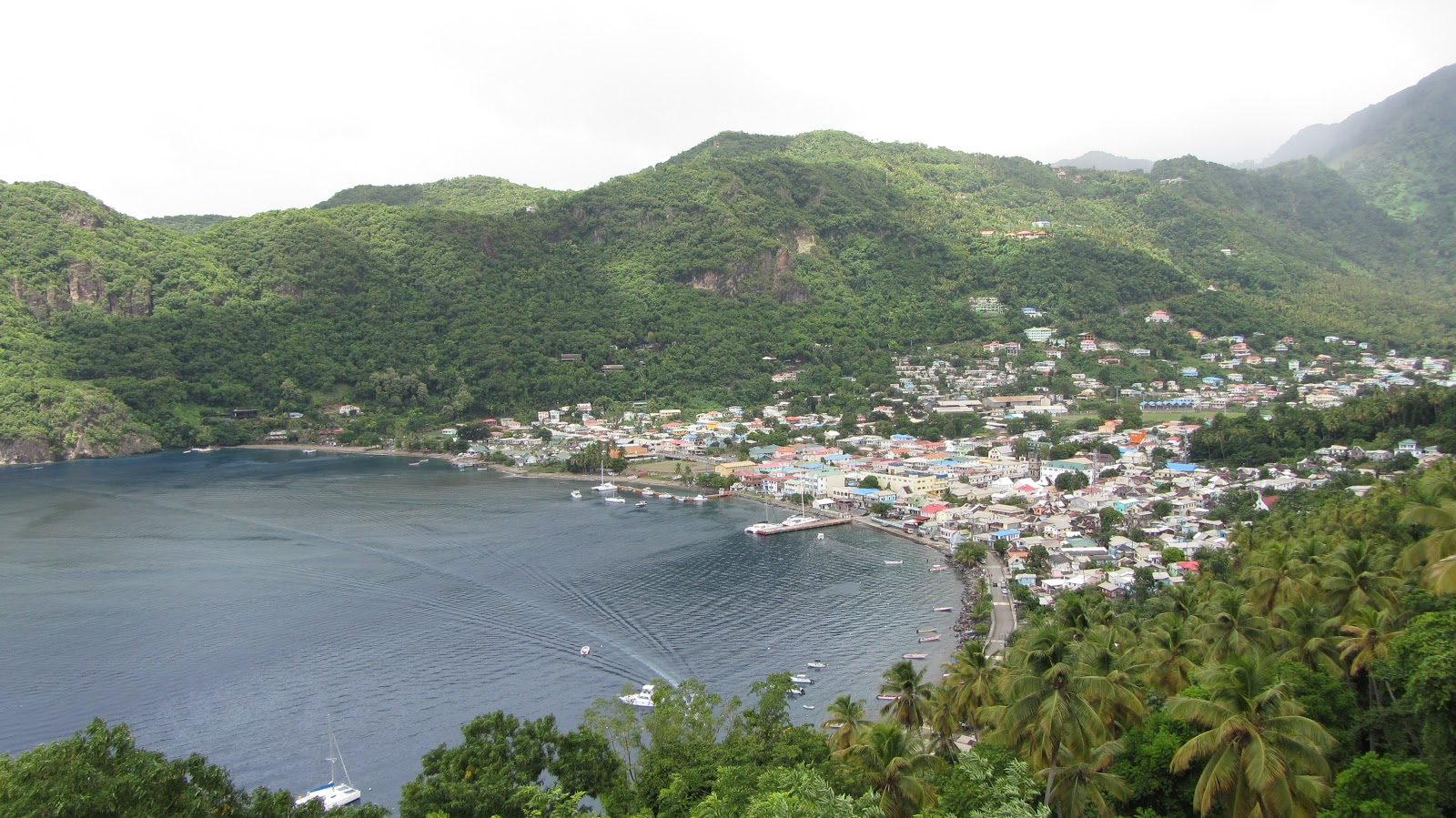 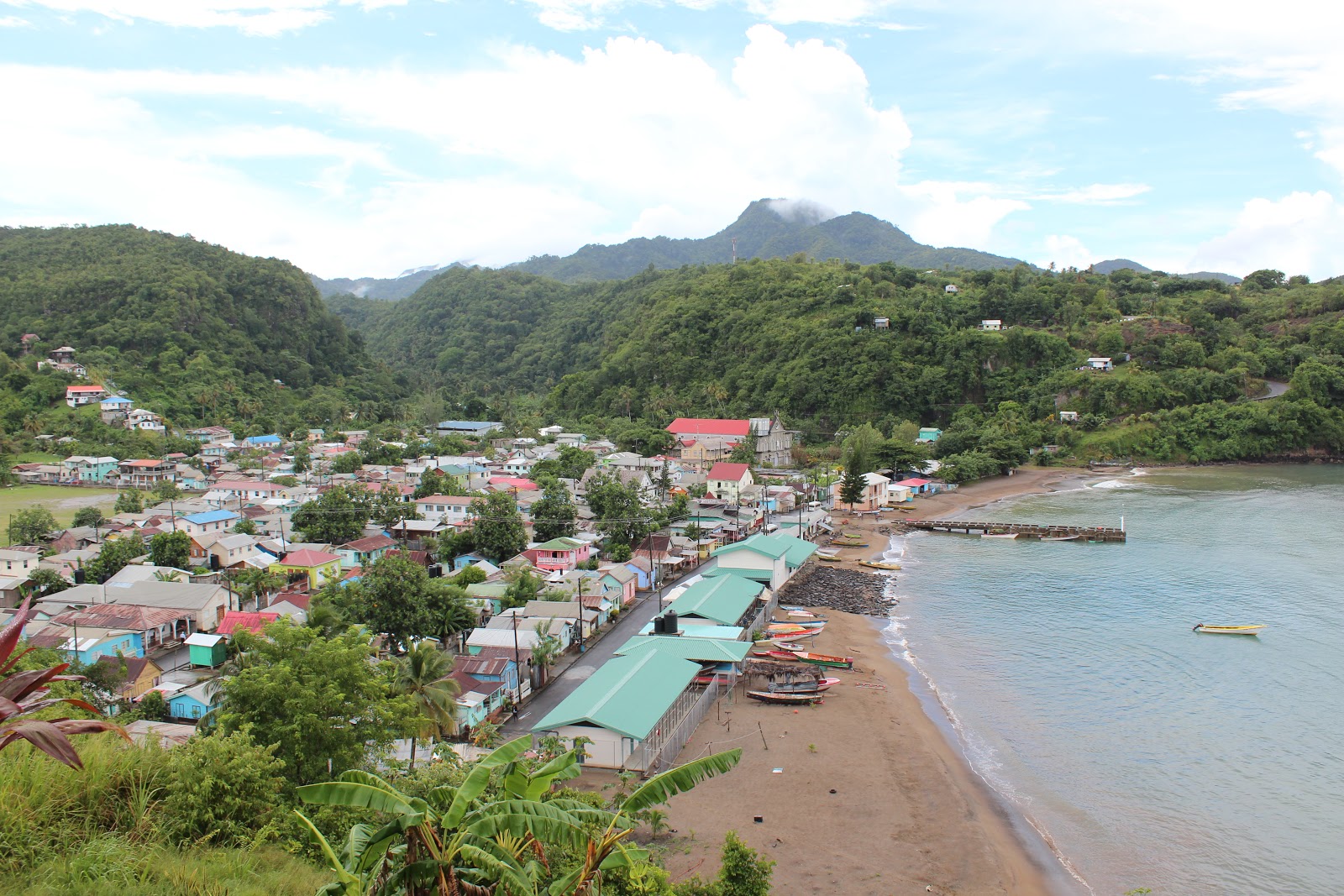 Then we made our way down near the airport.  At one point I thought he was going to stop and take pictures by the airport and I was thinking to myself “awesome, now is our chance to pay Phillip and get a cab out of this awful cramped van!”  But that didn’t happen we stopped at the lighthouse near the airport to take pictures of the Atlantic side of St. Lucia. 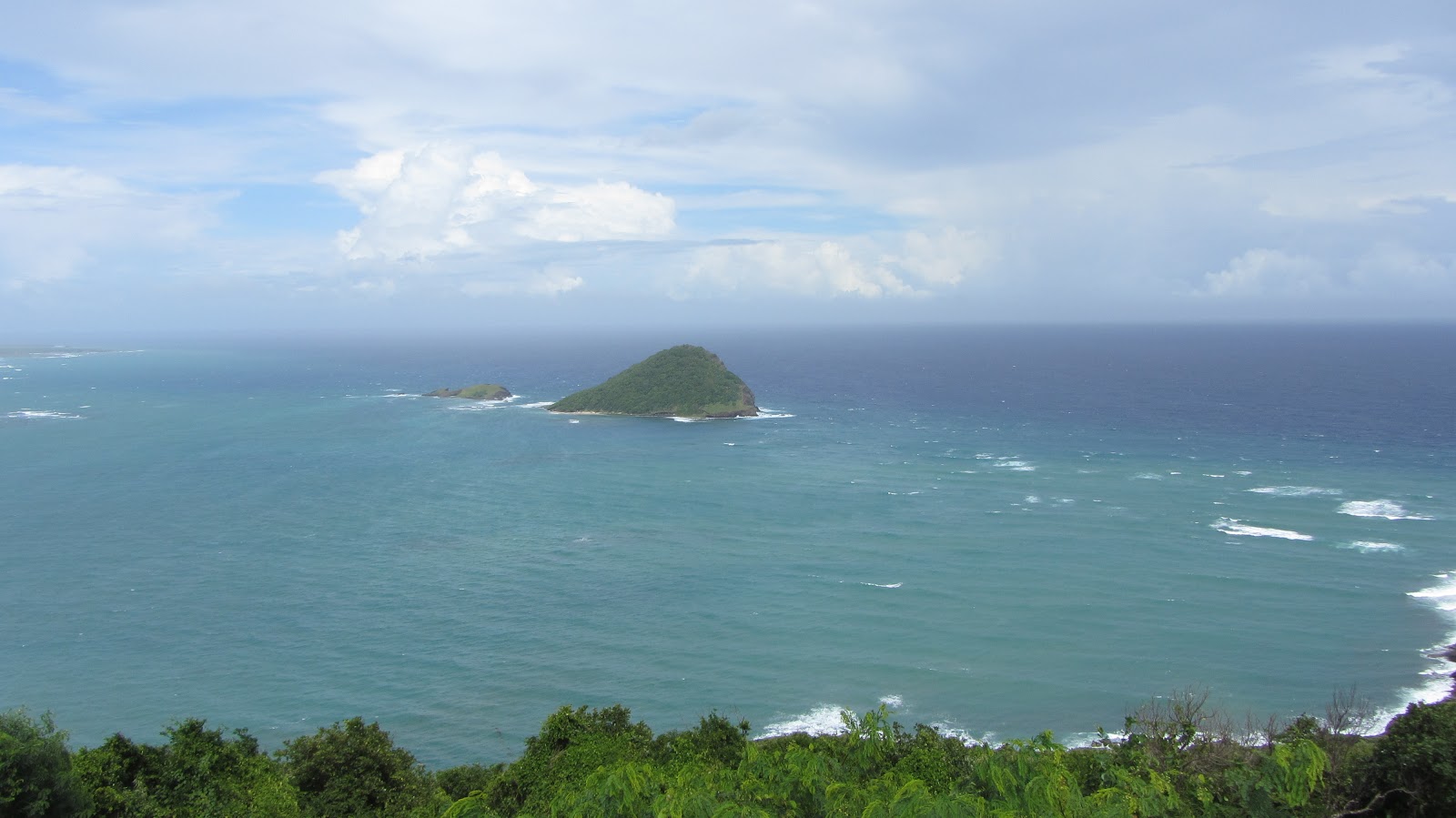 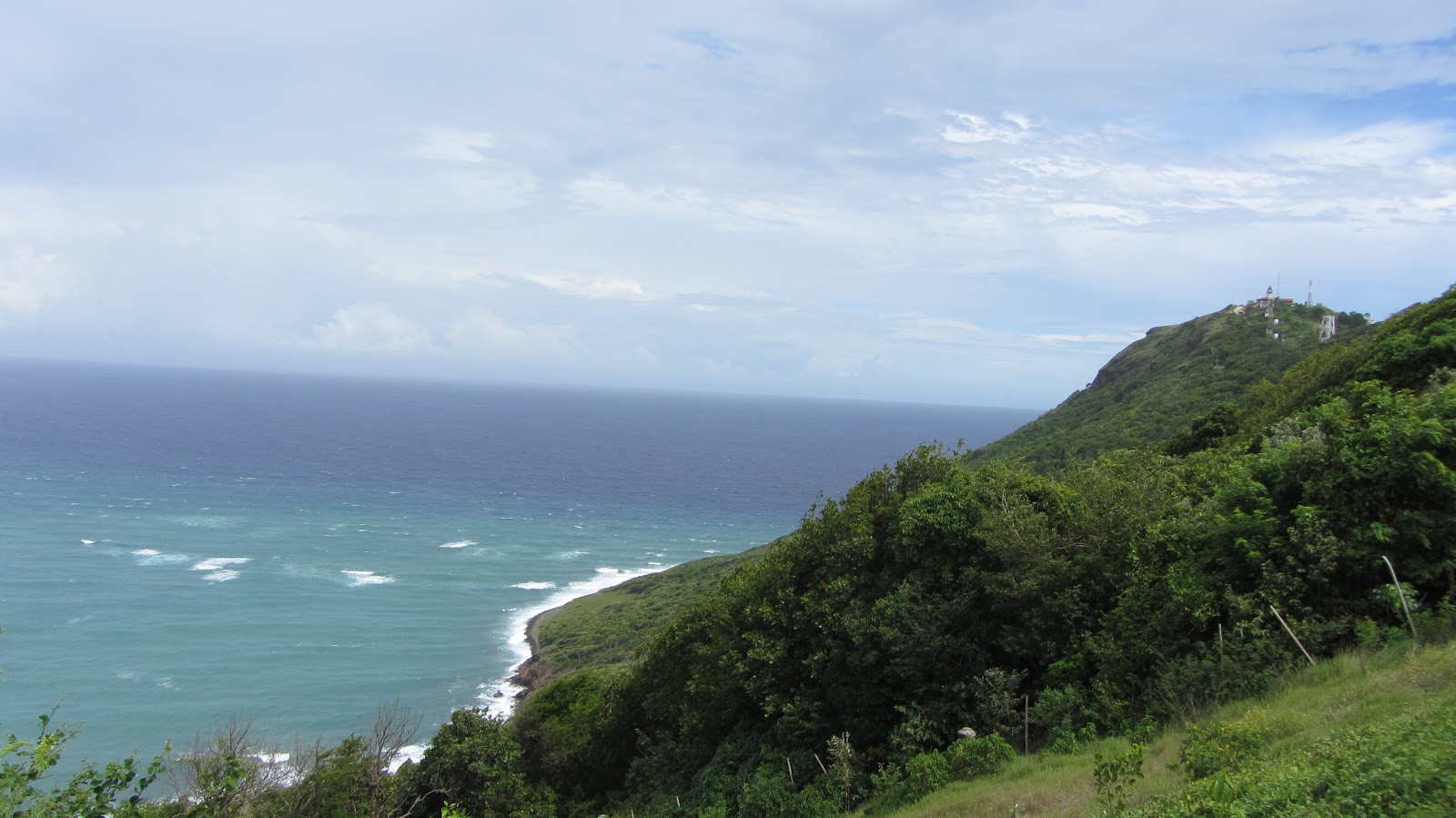 We made our way up along the Atlantic coast.  I remember going through the towns of Micoud and Dennery.  Then we went back to Port Castries.  Everyone in the van was very irritated by the time we got back.  It was way too long to be cramped up like that.  But we did get to see most of St. Lucia.  And now we know when we get an island tour next time to make sure we are not going to be cramped in a van with 15 other people for 8 hours.  Even though it wasn’t the most pleasant experience, I loved St. Lucia.  I think it will be hard to find somewhere else more beautiful and I wouldn’t mind going back.