We took our first camping trip this past weekend. We received a lot of camping gear, including a tent, for our wedding. So..we decided on Chain O’lakes because it was pretty close, only an hour and a half away.

So..we left Chicago around 5:30 pm on Friday night. Traffic was terrible. I was getting worried because we had to set up our tent in the dark most likely. We stopped at Mcdonald’s for dinner and ate on the road.

We finally got to Chain O’Lakes around 7:20 pm and got checked in. We still needed to get firewood so we went to gas station nearby. Our car was so packed to the top!

When we finally arrived at our campsite another couple was starting to set up their tent at the campsite right next to us. We were both confused as to which campsite was ours. So between the 4 of us we just decided what looked like our campgrounds haha. Right before we set up our tent we saw a big animal run across the road. It looked like a small bear cub haha. I don’t believe it was, Don was convinced that it was.

It was starting to get dark as we set up our tent. The tent was pretty easy except for the rain cover part. It was so confusing and bugs were biting and it was dark! But now that we have done it we will know for next time.

Then we made a fire and relaxed by it for awhile and then went to bed. The campground was not very busy so it was really quiet. Cassie had texted earlier saying that they had decided to come Saturday morning and camp out. This was exciting!

Sleeping in the tent wasn’t so comfortable and it was pretty cold. Luckily, my sleeping bag kept me really warm. I was woken up around 730 am by sunlight and birds. I couldn’t get back to sleep so I decided to check out the showers. The showers were a short walk away from our campsite. On my way there I saw a few other campers getting up from sleep.

I was impressed with the showers, they were nicer than campground showers I remember growing up. The water was hot too! When I got back to the campground Don went to take a shower. I arranged and organized our site, put a tablecloth down, and brought stuff out of the car. Then I sat in the sun and read a little bit. Mostly I enjoyed looking out at the lake we were camping near. There were so many birds! It was so pretty. 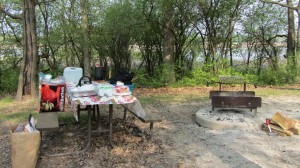 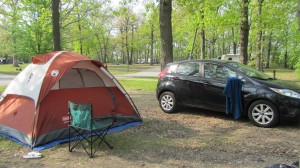 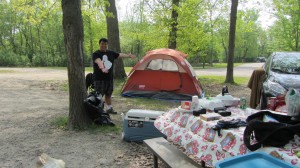 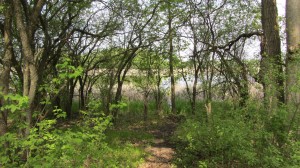 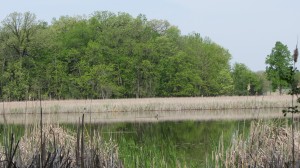 Once Don got back we made some sausages and ate a bit. Then we just relaxed and waited for Cassie and Ian to arrive. I spread out a blanket on the ground and read and got some sun. It was getting a lot warmer than the weather said it would be. Soon I was changed into a tank top and shorts. The weather was awesome.

Cassie and Ian got to the campground around 1. They brought their dog Westley. They set up their tent then Cassie and I went to the store to get more water. When we got back we could see the guys moving a picnic table. We were confused but soon found out that a new couple had arrived next to us and said we were in the wrong spot. We decided to move the tents over. This was kind of crazy but we were able to get our tents moved without taking them down. 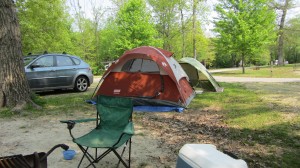 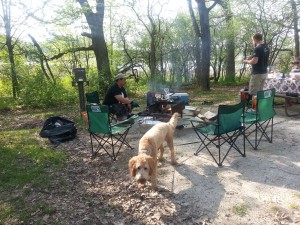 Then we started cooking. We made cheeseburgers, sausages, vegetables and steaks. We had so much food! Cassie and Ian made mac and cheese on their little stove. I think it was called a WhisperLite. It was pretty cool. After we ate we decided to play Small World. Then we made smores. During this time we saw a raccoon trying to get into our garbage. It came right up to our campsite! We got it to go away. Then we played Pandemic. I had been so excited to play Pandemic while camping. Why? I don’t know, it sounded fun. 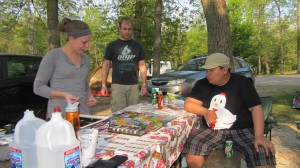 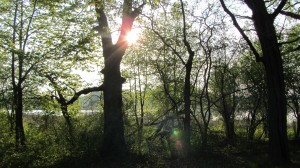 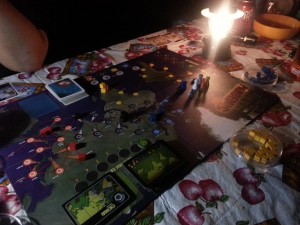 All throughout the game the raccoon kept coming back. After the game (we won) we decided to go to bed. The campground had gotten really packed throughout the night, all the sites on our road were taken. I could not get comfortable and neither could Don. When I finally got to sleep I was woken up by Don getting out of the tent. It was about 130 am. There was a lot of commotion outside the tent. Then I saw Ian come out with duct tape and he taped the coolers shut.

When Don came back in he said the raccoons had opened Cassie and Ian’s cooler and took out a package of cheese and ran. Then they were fighting over the cheese. I couldn’t believe they got in the cooler!

We woke up again around 730 am. One of the families a couple of campgrounds away from us were so loud! The kid was yelling and loud. We found out they had left the back of their van open and the raccoons had eaten all food they could get to! I went and showered. This time I took Don’s advice and used the handicap shower. It was so much better than the regular one haha. When I got back to the campground we all talked about how we got no sleep. Then Ian made us Scottish Eggs. Don made the rest of the sausages and we reheated the food from yesterday. We had so much food.

After we ate we started packing up. It was so hot! I was ready to be home and take a nice real shower haha. I think choosing Chain O’Lakes for our first camping experience was the right choice. It was really great. We had a lot of fun on our first camping trip and we are already talking about where we should go next!!

Before we left we found raccoon footprints on our car! 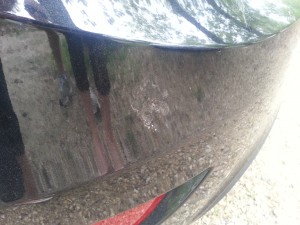