Today we slept in and we didn’t really have a plan for the day. Once we got up and out we decided it would be a good idea to talk with some tour guides to see what kind of snorkeling tours we could get. The first place we stopped at was really near the hotel and it was called Island Adventures Mexico (http://www.islandadventuresmexico.com/). We talked to a guy named Juan who told us they did a snorkeling trip pretty much every day at 10 am and 1 pm. This snorkeling trip went to 3 locations. So it sounded good because I think it was also 60 pesos for the two of us. We told him we would have some breakfast and come back.

We stopped at one other place before eating but something about this place didn’t really appeal to us. We decided to eat breakfast at Rooster. This place was also recommended by our hotel. I got a weird egg thing with chorizo and peppers in it. I don’t know what I was expecting but what I got was definitely not what I was expecting. It was okay though. Don got lobster biscuits and gravy. He liked his. Overall Rooster was okay. Here’s a few pictures… 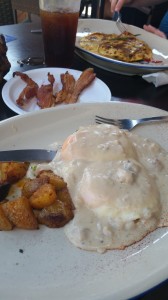 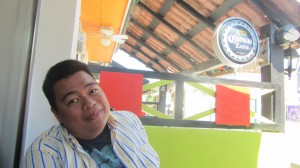 After eating we stopped by one other tour guide place and had a long conversation about the island Contoy. I am really interested in going to Contoy but this guy was kind of creepy. So after a little bit of thought we decided well it’s almost noon…might as well go snorkeling with Island Adventures Mexico at 1! So we went back and told Juan. He was so helpful and this place was nice because we could pay in USD or pesos. I was a little apprehensive because I had not heard of this place in any of my research but decided to go ahead.

So starting from the beginning here, we were a bit frazzled upon getting ready and getting back to Island Adventures by 1. Everything was fine until we forgot something in the room and then tried to use the key and the key would not work. Then both keys did not work. I can’t even remember what we wanted to get, it wasn’t really essential, so we went to the front desk and they reset the key but it would still not work. By now we are cutting it close so we just decide to go and deal with the key issue later. From the get-go our experience with Island Adventures Mexico was a bit weird. We waited around until about 1:20 when finally a guide came and he wasn’t wearing any shoes. He was running because the pavement was so hot. So we quickly followed him to the boat at the beach. It was about a 5-10 minute walk/jog to the boat. We got on the boat with him, the captain, about 5 other adults, and 2 kids. No one really spoke much English. Then we took off and stopped at another hotel to pick up 3 more women. They did speak English, but they also spoke Spanish. So….seriously we really need to learn Spanish better.

First snorkel stop was off the shore a bit and there was a shipwreck half in the water and half in the sand. It was pretty cool around the shipwreck because there were a lot of fish. The current was very strong at this location so it was a bit tiring. I also didn’t feel that we saw anything that great, but it was okay snorkeling. Not the worst, not the best. It was challenging though because the guide did not speak to us hardly at all and he was really occupied helping some really novice snorkelers. Most of the time the guide is pointing out things, but this snorkeling trip I felt like I never knew where we were going or where we could go. This location had a good amount of fish though. 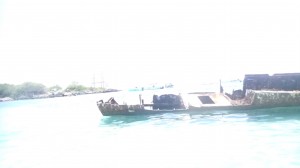 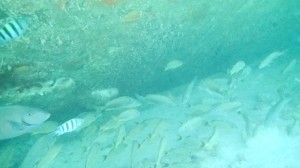 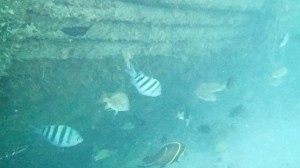 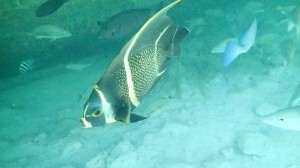 The second location was the Underwater Museum or known as the Musa Museo Subacuatico de Arte. I was excited to do this, but once again the tour felt very weird. We had no idea why there were statues and sculptures underwater. We were just swimming along and looking at things underwater. Come to find out I read later that they were put there to promote more reef growth. It was cool. I think this location was better than the first because there was not a big current to battle with. It was also cool to see scuba divers exploring the underwater museum. 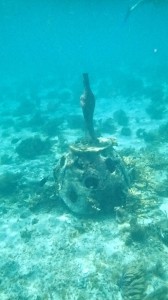 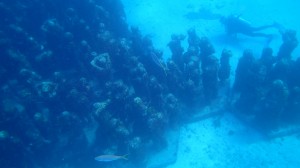 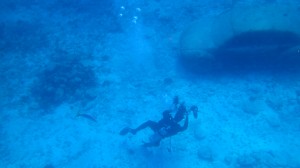 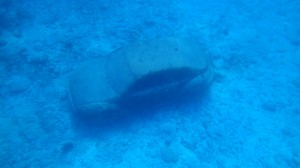 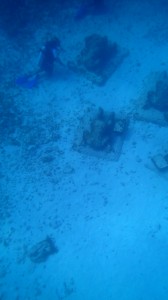 Once we got back on the boat we rode along for awhile and stopped near the Dolphin Discovery to watch some people swimming with Dolphins. Then we docked and the guide was like “ok did you guys pay for lunch?” and we were like “um..not sure…I think so..but not sure.” At this point I really didn’t want to go to eat I just wanted to go back and get cleaned up but the guide was like “ok well you probably paid for it so let’s go eat.” Once again we all get off boat and no one knows anything that is going on so we all decide to sit at a table. One of the guys sat near us and tried to make conversation he was very nice. We had fish, rice, and pasta. The food was very good. I believe this place was called Playa Lancheros.

After we ate we noticed there was a pen in the water with a couple guys and people were lined up to get in the pen. Turns out there were two nurse sharks in this pen and you could pay to have your picture with them. I don’t think this was a nice thing to do to these sharks, but the guys seem to take care of them and love them. I really love sharks so of course I wanted to try this. So we got in the pen. The guy had to summon one of the sharks by basically carrying him in the water over to me. Then he instructed me on how to hold him up out of the water a bit to get a picture. The shark felt kind of like sandpaper. I expected it to be softer. It also started thrashing around a bit so I got kind of nervous and let it go. It just swam away an then Don got his turn. It was a weird experience and still not sure how I feel about those sharks being in there. I did ask one of our guides about it and he said they switch the sharks out every couple of months. 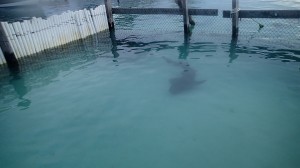 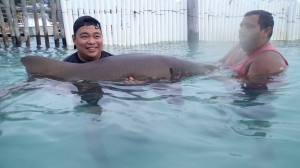 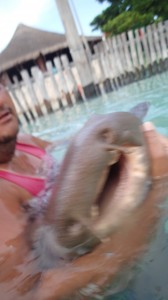 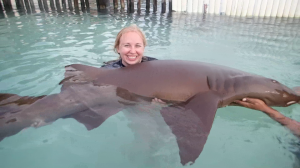 Once we got back to the hotel the key still did not work, but we proceeded to get cleaned up while they tried to figure it out. There was also an incredible sunset that we took pictures of… 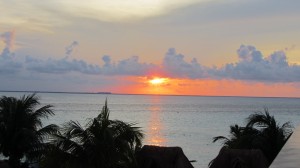 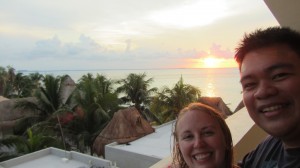 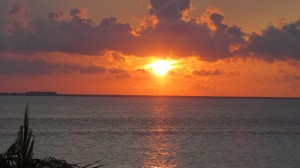 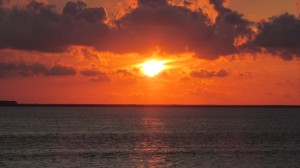 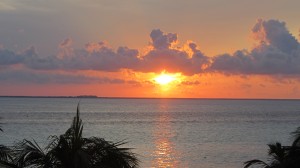 Once we went out we decided to ask Juan at Island Adventures about a trip to Contoy. Even though our snorkeling trip wasn’t great, I still felt good enough to book another tour with them especially since he was going to give us a discount for already doing a trip with them. He put us down tentatively for Tuesday but we have to come back tomorrow night to make sure it’s a go. Afterwards we went to Mamma Rosa’s for some pizza. I read it was the best pizza on the island so we wanted to try it. The pizza was pretty good. After we ate we were pretty tired so we came back the key did not work still so they allowed us to switch rooms. We are still on the 4th floor just a few doors down from where we were. I think the room is a bit of an upgrade. 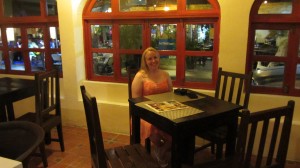