Today was our last full day at the villa. We got on the bus around 9 again to check out Lucca. On the way there our driver, Fernando, told us a bit about Lucca and what we should see. Lucca was a very cute city. There is a wall built around the old part of Lucca. The wall was cool because you could go on it and walk the perimeter. You could also bike the wall and we were planning to do that but we got caught up walking around and seeing different things. 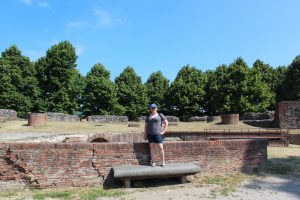 We ate outside at a cute little place called Bistrot e Winebar Des Arts. We had an appetizer of meat and cheese and of course it was great. I had a pesto pasta that was also amazing and Don had some kind of quinoa dish. 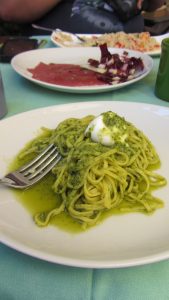 After lunch we walked around more and came across a very pretty church. 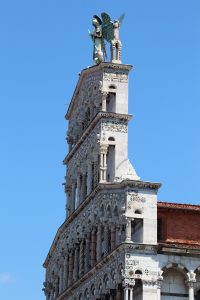 We also found the amphitheater which is all shops and restaurants now. We quickly got some gelato here and made our way back to the bus. 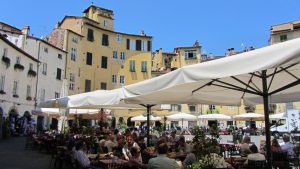 Our next stop was Pisa to see the Leaning Tower. It was pretty cool. It was fun to watch everyone trying to get the perfect picture of themselves trying to hold the tower up. It was crowded and hot but we all got our photos and headed back to the villa. 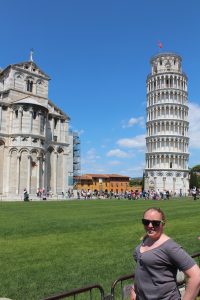 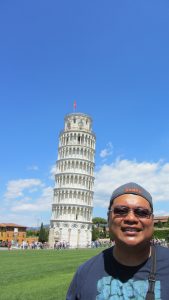 Once we got back to the villa we immediately wanted to make the most of the pool on our last day. We all were relaxing and having drinks at the pool. The water finally felt like it had really warmed up and most people were in it. All of the sudden Greg and I were in a diving/jumping contest. We had fun providing entertainment for everyone. Hanging out in Lucca today and seeing the leaning tower in Pisa was very cool, but the dive contest was probably the highlight of my day. It was so fun! 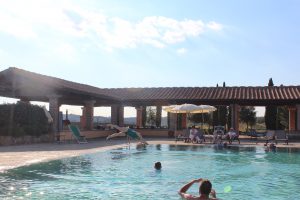 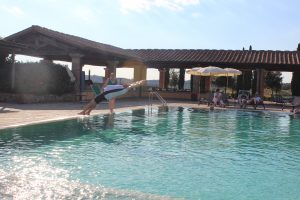 While we were swimming the chefs had arrived with their wood fire oven to make our final meal of pizza. The pizza dinner consisted of about eight different types of pizza that we all got to try. They were amazing! The ones that stood out the most to me was the margherita, veggie and burrata cheese pizza. The burrata cheese pizza was amazing!! I wish I could have some again right now. We also had an anchovie pizza, which wasn’t bad. The tuna pizza was probably the most interesting one and I don’t think I would eat that one again. After dinner we had some more drinks then we had to start packing so we could leave in the morning. This trip has been awesome! 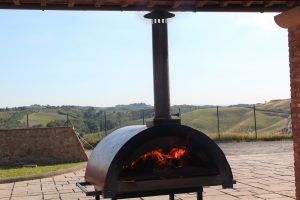 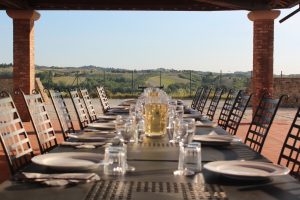 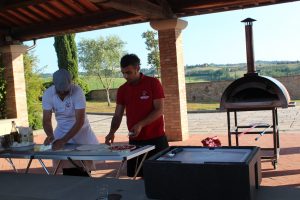 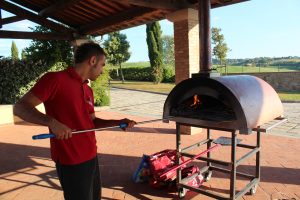 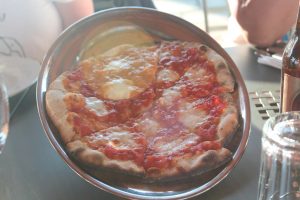