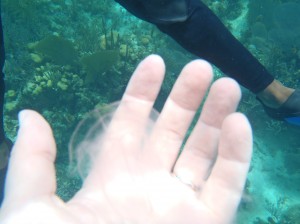 I slept good last night. We slept with the balcony open and apparently it started thundering and storming so Don got up and shut it. I never heard any of this happen. We got up around 730 am so we could go on our snorkeling trip. First we went to breakfast at the hotel. It was not so good but it was free. I was getting a little worried because it was very cool outside and it looked like rain. I couldn’t imagine getting in the water but we went for it anyway. A person from the dive shop came and picked us up around 9 am. On the way she asked us if we wanted to try diving instead of snorkeling. I’ve always wanted to do diving but I have never done it so the thought of doing it today made me a little scared. After thinking a little bit we decided just to do it.

It was 85 euros a piece. I was feeling really nervous but excited also. When we got to the dive shop we filled out the paperwork, paid and got our wetsuits, boots, and flippers. Then we got in a van and drove to the port. The port was a lot smaller than the main one on Santorini. The boat was a small speedboat and it was freaking rough. I was bouncing up and down. We got out to the first dive spot and the experienced divers went out. We stayed on the boat with our instructor. He gave us a brief talk about diving. I couldn’t really focus on it because the boat was rocking and I was feeling very seasick and nervous. Finally we got up and Don got in first. We went to the back of the boat and put weights on our waist, our flippers on, mask on and then the instructor helped us put the tank on. Once the tank was on he hoisted us up and we stepped off the boat.

The first time I was in the water with all this gear on it was very awkward and I felt panicked. I felt like I couldn’t control my body very well because it kept pushing my body up. We went underwater for a little bit just to see what it was like. Then Don went with one instructor and I went with the other one, Costca. He was very easy to work with. We followed the chain from the boat anchor down. My ears hurt a little from the pressure but not that much. The first dive was awesome. We saw a few fish and saw the drop off. It was pretty amazing. 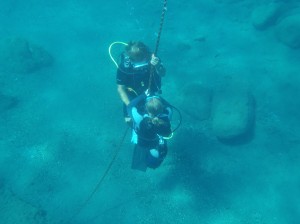 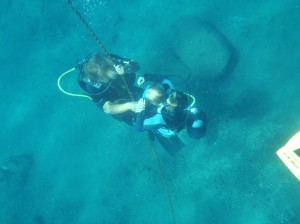 When we got back on the boat we had some water and a little croissant thing. I couldn’t really eat. I didn’t feel that sick anymore but I just couldn’t eat. So we boated to the next dive spot. It was by the island of Therassia, where we ate the day before. When I first got in the water I felt a little better about it. I felt I could control my body a little easier. Then we started to go down. This time I didn’t go with Costca; I went with the other instructor. We started to go down and my ears hurt bad. It was really giving my problems. So we would go back up a little, but I felt like he wouldn’t listen to me. It was really hurting and he told me maybe I was focusing on trying to regulate them too much. This was probably true. They started to feel a little better, in my mind I was like maybe they are just feeling better because they have burst! We went down and I saw a black sponge and a few fish. Then my goggles started giving me problems. At first I tried to ignore it but then they came off. I started panicking. My instructor brought me up and I was done. That was okay because it was the end of the dive anyway.

I want to try diving again but with gear that fits me well and lessons. The first dive was amazing, second one not so much but I want to do it again. When we got back to the dive shop we took pictures with the crew and exchanged some names for Facebook. It was a really cool experience. Costca gave us a ride back to the hotel.
Here’s some pictures from the boat ride back. 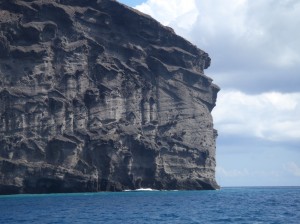 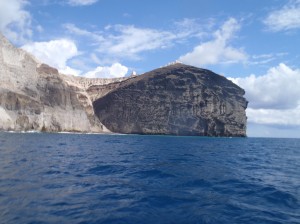 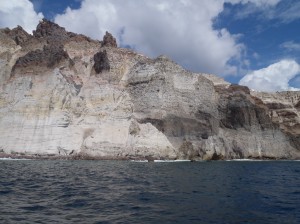 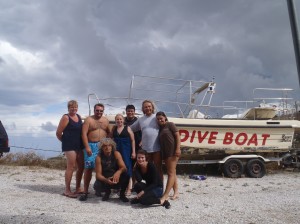 Once we got back we showered and got ready for dinner. It was early but we didn’t have lunch. We had some pizza, it was really good! We watched some dogs while at the restaurant. One of them was really territorial and wouldn’t let one of other ones into its area. But one of the other ones was okay to go in its area. It was entertaining. After dinner we went down to the beach and laid for a little bit. It got chilly so we walked back. Then it rained a little. The rest of the night we just chilled, packed, and got ready to leave for Mykonos in the morning. 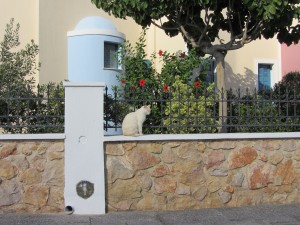 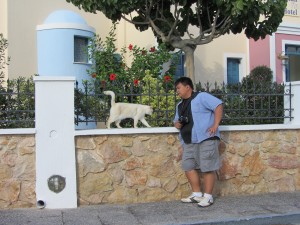 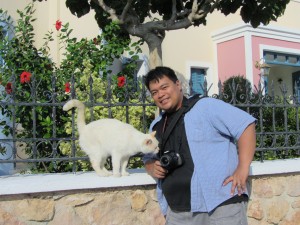 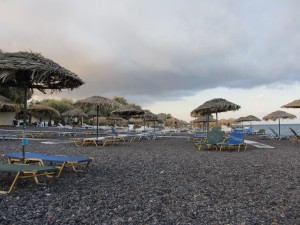