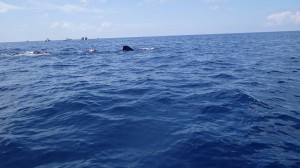 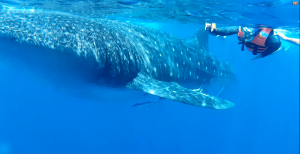 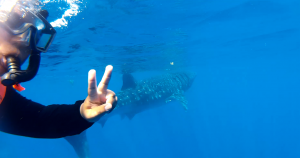 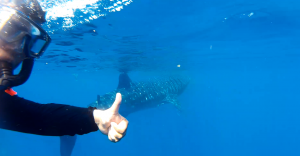 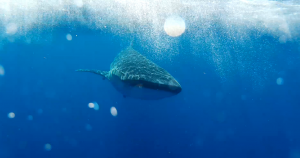 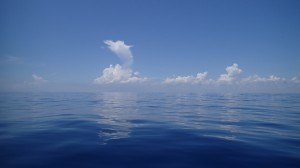 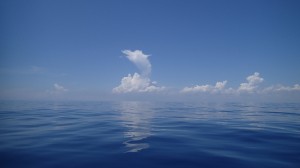 So today we woke up and we really didn’t have a plan, but we ultimately decided to rent a golf cart to tour the island. If you are visiting Isla Mujeres getting a golf cart is the thing to do. It was easy for us to rent because we just went through the front desk at our hotel. It was $45 for the day. The only downside was no one from the hotel showed us how to use the golf cart and neither of us have ever drove a golf cart. Luckily we could figure it out. We found this cool whale shark replica on the drive. 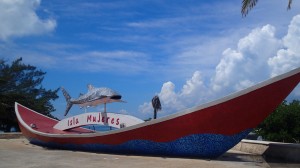 On our way to the southern point of the island we stopped at a restaurant called GreenVerde. I found it on tripadvisor and it was highly recommended. The place is very cute and interesting because it is made entirely of recycled materials. I had a good steak burrito and Don had a breakfast dish. It was probably one of the better meals we have had here. 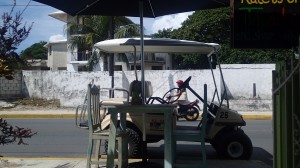 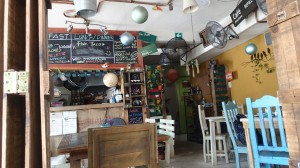 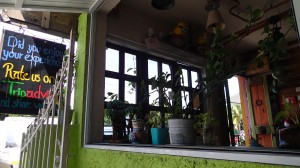 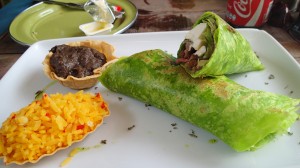 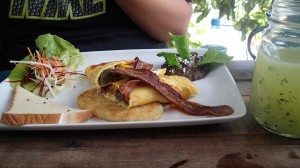 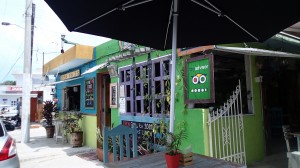 Next we stopped at Tortugranja which is a turtle sanctuary. Basically it is a place where turtle’s eggs are protected to hatch. There were a lot of turtles. It was a little weird because there wasn’t a lot of information about the place so it just looked like a bunch of tanks with turtles in them. There was also a pen in the water that contained a few nurse sharks, turtles, and rays. It was a pretty big pen but it was kind of weird to have this with no explanation. I did hear from someone that this place helps rehabilitate sea animals. It was a little disappointing that there was no information about anything. 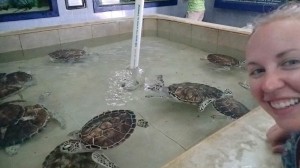 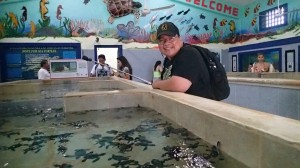 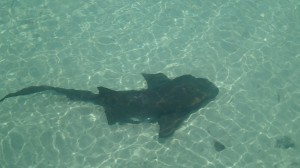 Next we went to Punta Sur which is the Southern-most point of Isla Mujeres. It was so hot! We made our way down the path with a bunch of sculptures and it was beautiful. 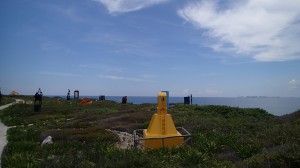 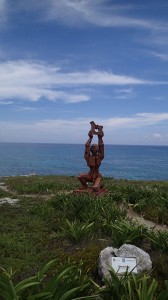 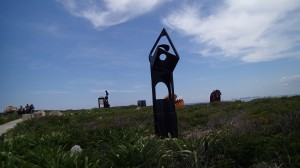 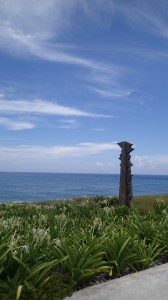 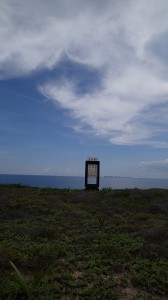 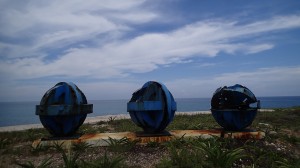 I think Punta Sur in Isla Mujeres was the most beautiful place I have ever seen. I loved this… 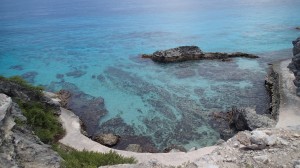 The water was so blue and clear. It was amazing. At the very southern point there were stairs to go down to the water. Here you could read about the Cliff of the Dawn which is the Eastern-most point of Mexico. It was absolutely beautiful. There were lots of crazy rock formations also. We saw some people snorkeling and we were really disappointed that we didn’t bring our snorkeling stuff. We found out later these guys were hunting lobster. We saw a few more people snorkeling so we think we might come back on Friday to try it out.

Once we were done at Punta Sur we drove up the Caribbean side of Isla. Once we got back we went to our beach at Playa Norte and did some snorkeling. The snorkeling was pretty good here considering it was a sandy beach. There were things put in the water to break waves and this allowed plant life to grow and attract fish. We swam out pretty far. We saw a little spotted sting ray. I felt like I was getting stung by something but I never saw anything in the water. 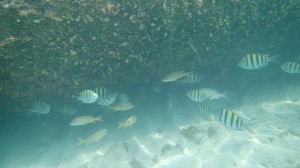 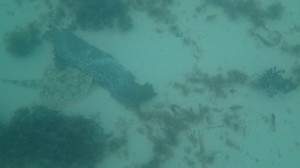 Once we were done snorkeling it was of course time to go eat dinner. We tried a place called Qubano which was Cuban food. It was recommended on trip advisor I think…but neither of us were very impressed. I got a Cuban sandwich, one of my favorite things, and it was not even close to the best one I’ve had. I don’t remember what Don had but it also wasn’t that great. Also, they only had drink specials on mojitos, which I don’t like, but I drank anyway.

During dinner we discussed if we wanted to do the whale shark excursion again because we noticed Juan had a sign up at Ocean Adventures for a 2 for 1 whale shark special. This meant we would only have to pay $120 for 2 of us to go rather than each of us. I was a little hesitant because I don’t think anything can top the first time. We saw sharks already…do we really want to go out again? What if we don’t see any? But then after talking about it more I was kind of feeling like I could go either way, so I told Don I wanted him to decide because tomorrow is his birthday. Don chose to book whale sharks again for his birthday. So now I am getting pumped for whale shark excursion #2!