Today Boni and Don’s dad picked us up at 630 am. We went to Tita Remy’s to pick up her and her grandson Pong. So then we loaded up the SUV with all of us and picnic stuff. Tito Boni and Danilo (Don’s dad) were in the front. Don, me and Tita Remy were in the backseat. Then the kids (Pong, Fiona, and Sean) sat in the very back with all the bags and coolers. This would have never happened in the US.

On the way there, not even a half hour into the trip, Remy asked us if we wanted some noodles. It was like 730 in the morning, I wasn’t really hungry, but she insisted. So she pulled out a tub of pancit. It was very weird to be eating this at this time of day and in a car, but it was the best freaken pancit I’ve ever had. Delicious.

It took about 2 hours to get to Subic Bay. It was US Naval Base at one time. We had to drive through some mountainous areas. We were looking for Zoobic, which was the zoo at Subic Bay. Boni stopped to ask if we were going the right way and the officer at the booth told us to pull over at the side because he hadn’t made a complete stop at the stop sign. So we thought we were getting a stop sign ticket. All I could think was…okay if this was the USA we would be getting a stop sign ticket, no seat belt tickets, too many passengers in a vehicle ticket…hahaha the list could go on and on. Boni talked his way out of the ticket, thankfully.

We got to Zoobic around 9 or 10 am I think. We bought tickets for everyone and I noticed there were tickets to feed tigers and crocodiles. I for sure wanted to do this but we found out you just pay for it later. I was excited, I couldn’t wait to feed the animals! I was ready to go on this safari, but of course we had to eat. I wasn’t really hungry but I had a cheese sandwich. Then we explored a bit around the few shops.
We found some pigs in the pet store. 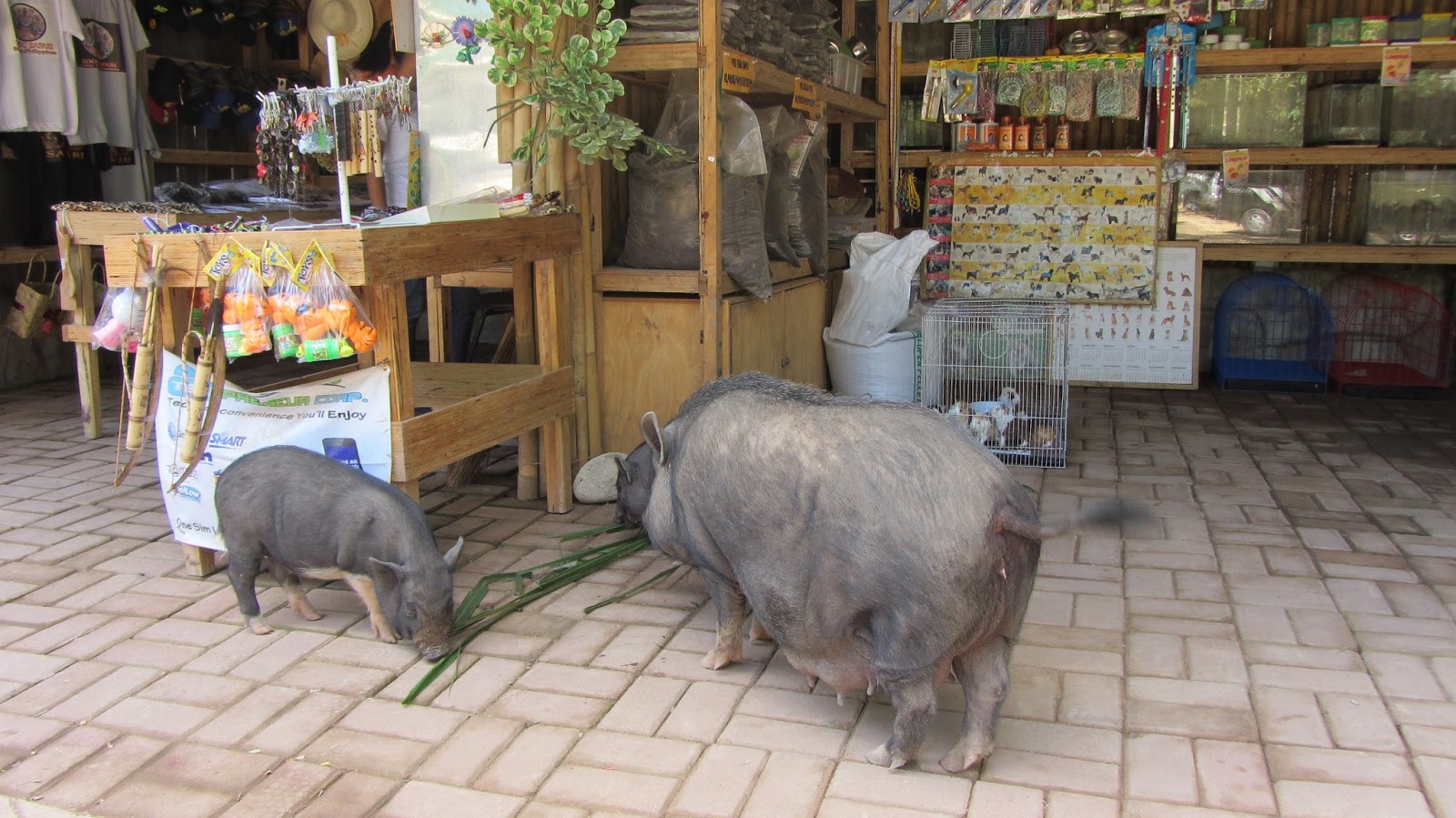 The first exhibits of the zoo were walking ones. We saw a lot of different types of birds. For 10 php we were able to feed  parakeets. 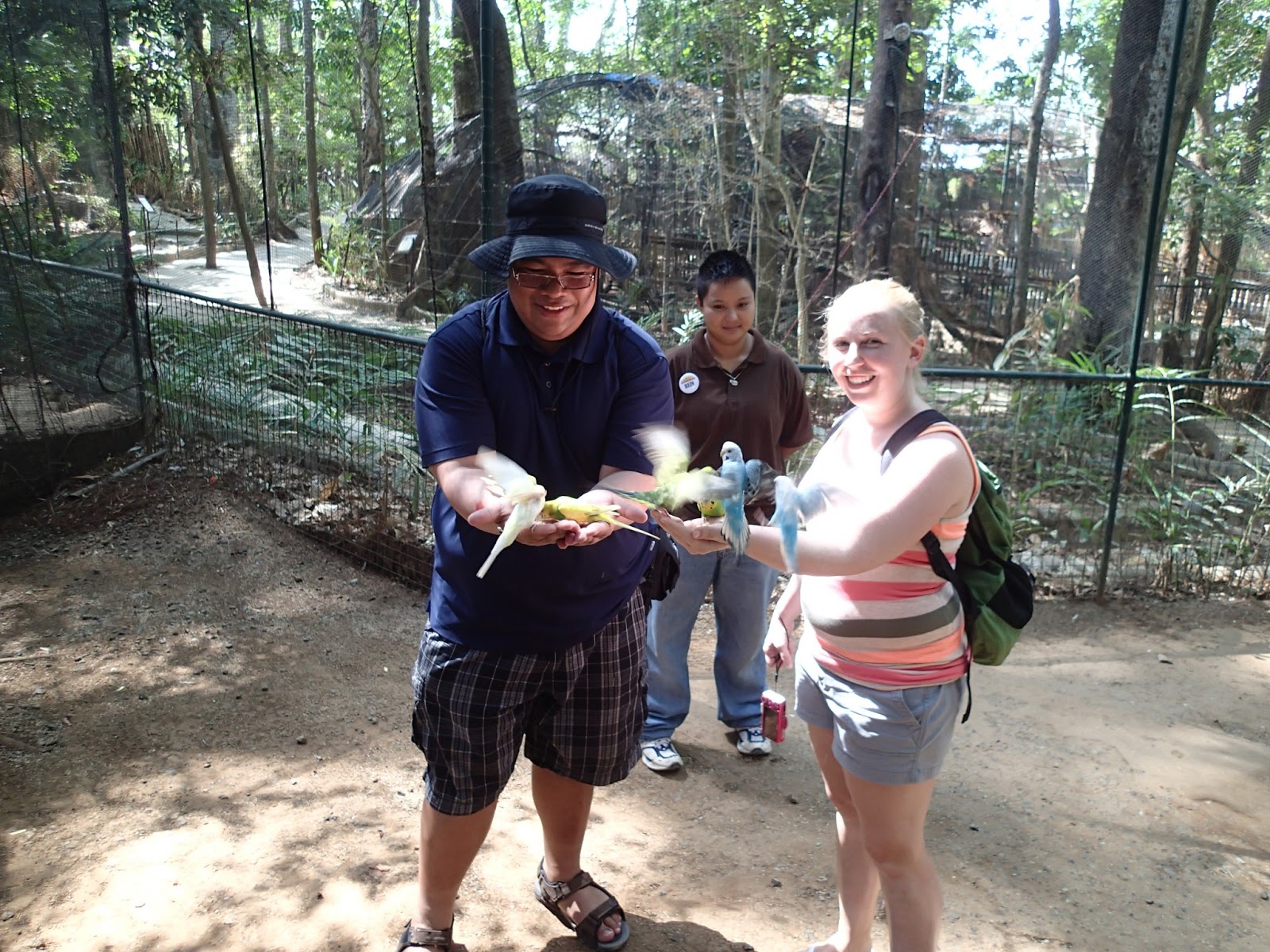 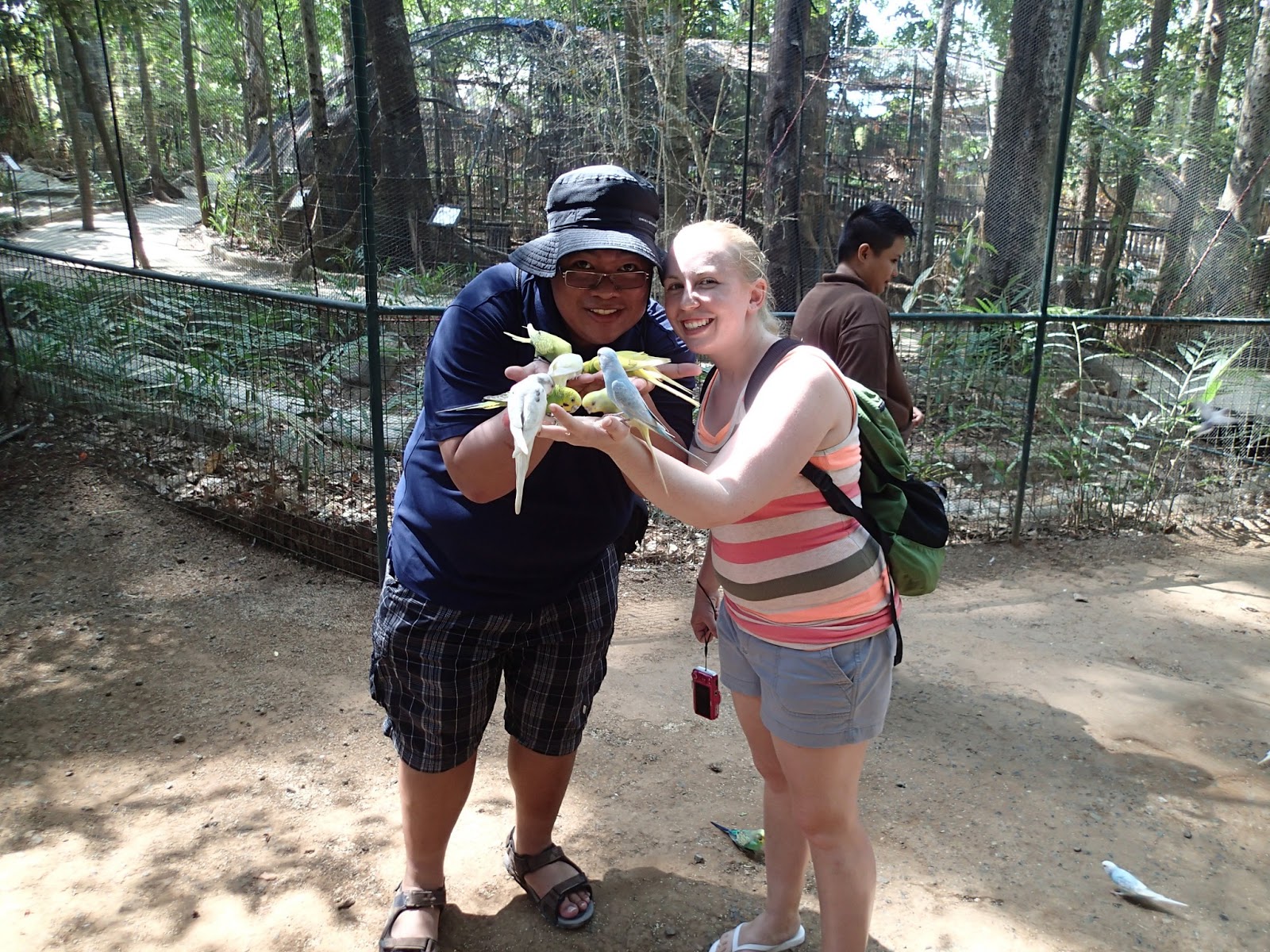 We were able to feed camels for free, just by picking up leaves off the ground. 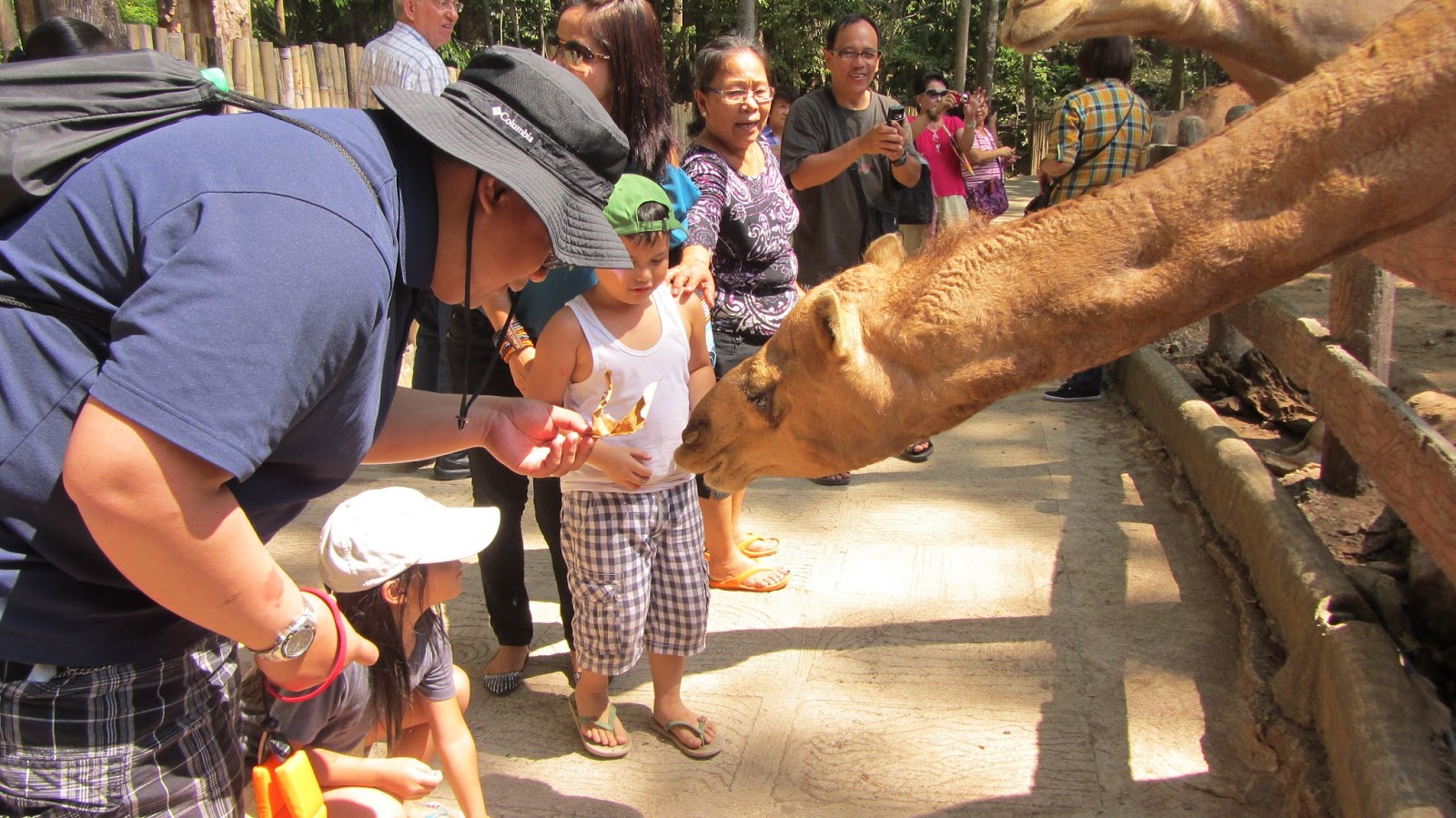 Then we got on this trolley type train that would take us around the zoo to all the destinations. The first destination was a cave. In this cave was a bunch of fake and stuffed animals. It was really lame.

The next destination was the main attraction: the tigers. It was like a safari so we got in this caged SUV. A trainer was able to feed the tigers through the cage. It was crazy! We got so close to the tigers! One tiger jumped on top of our vehicle and wouldn’t get down! I got a lot of good video and pictures. To check out videos from this trip check out my youtube page:
http://www.youtube.com/user/greyninja42 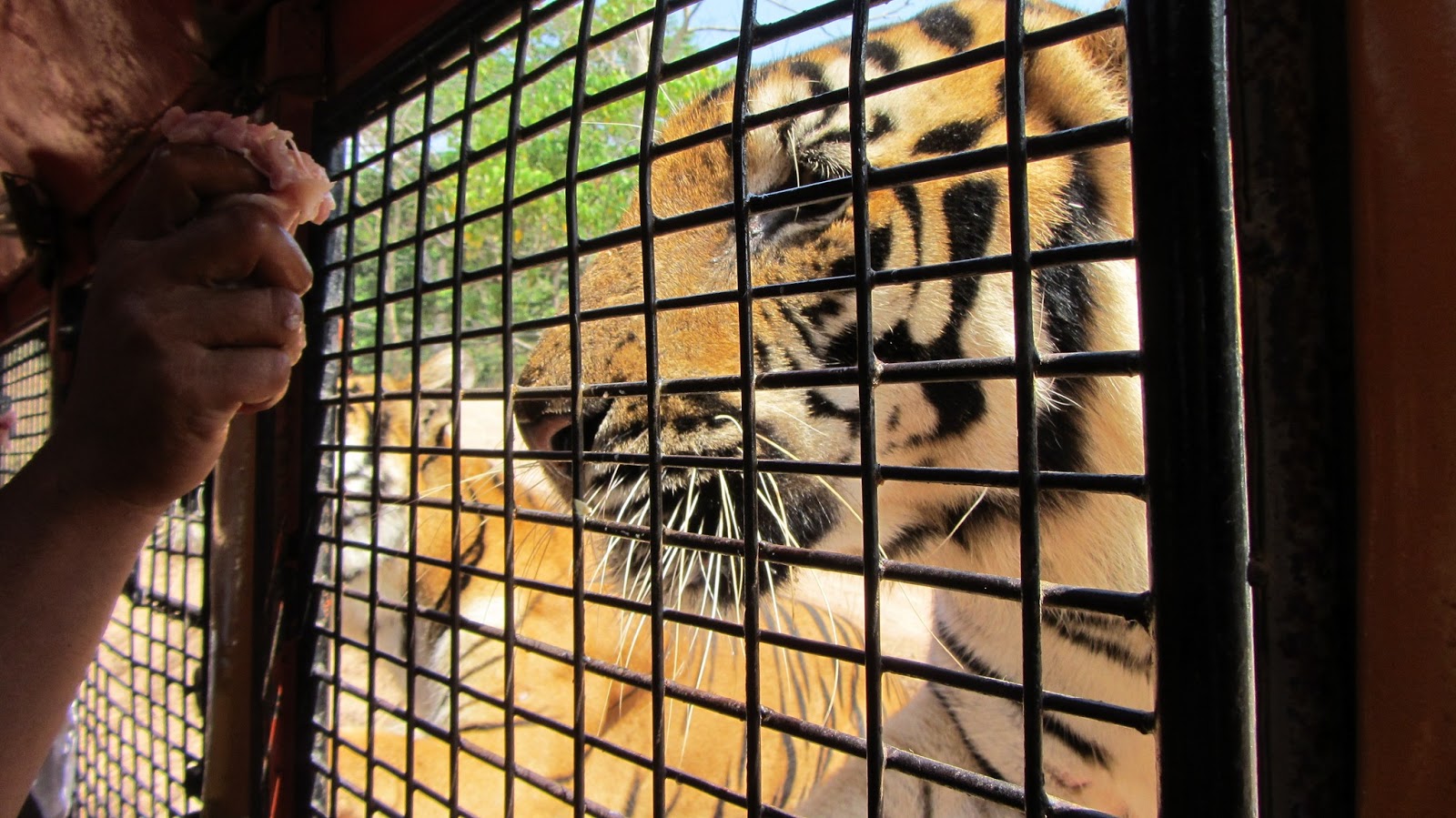 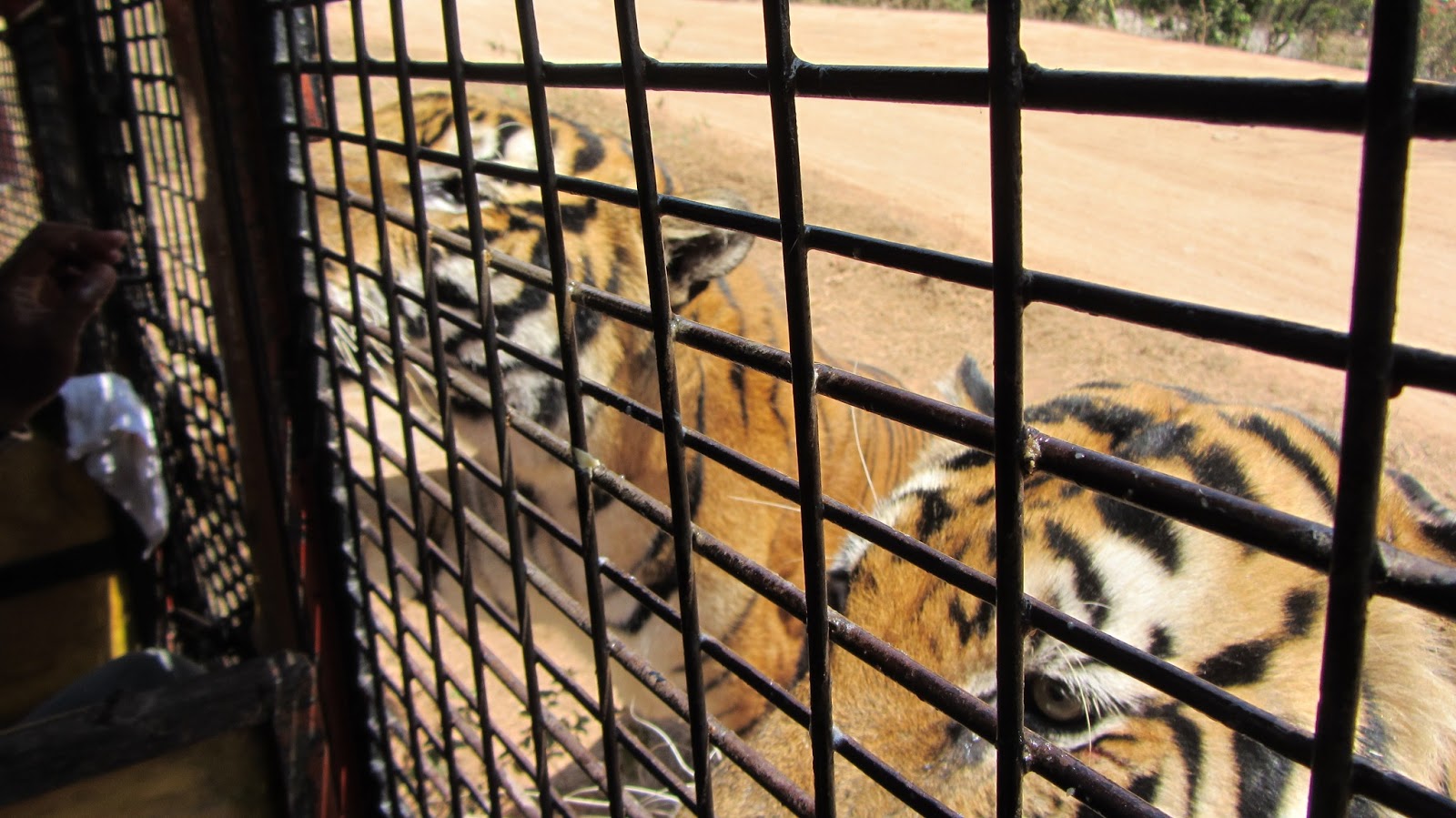 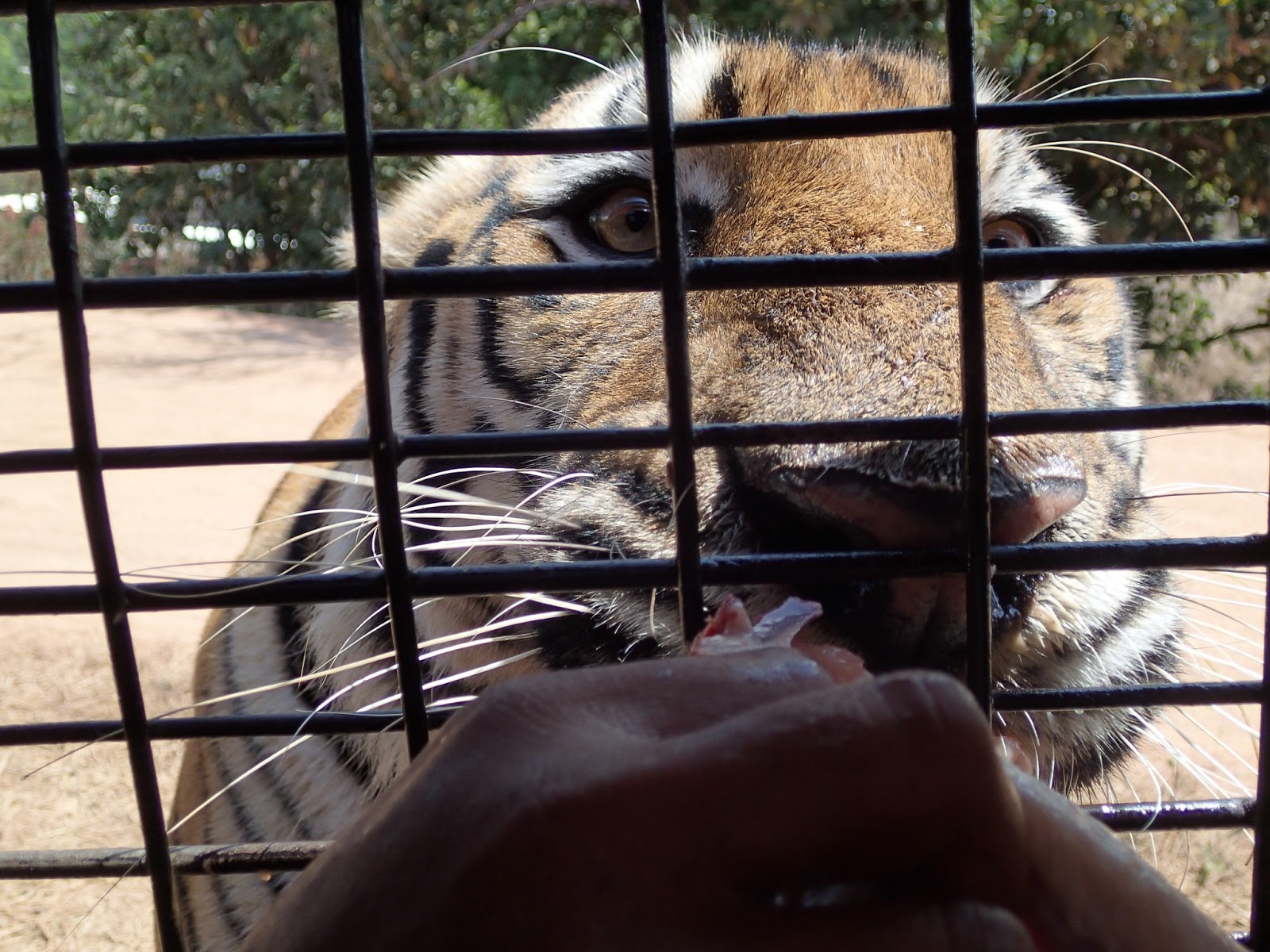 Next we went to where they kept the tigers. They were all in cages, the cages could have been a little bigger. I felt like it wasn’t the best living conditions, but the tigers looked pretty good. We could get really close to the tigers. This would never happen in the US! 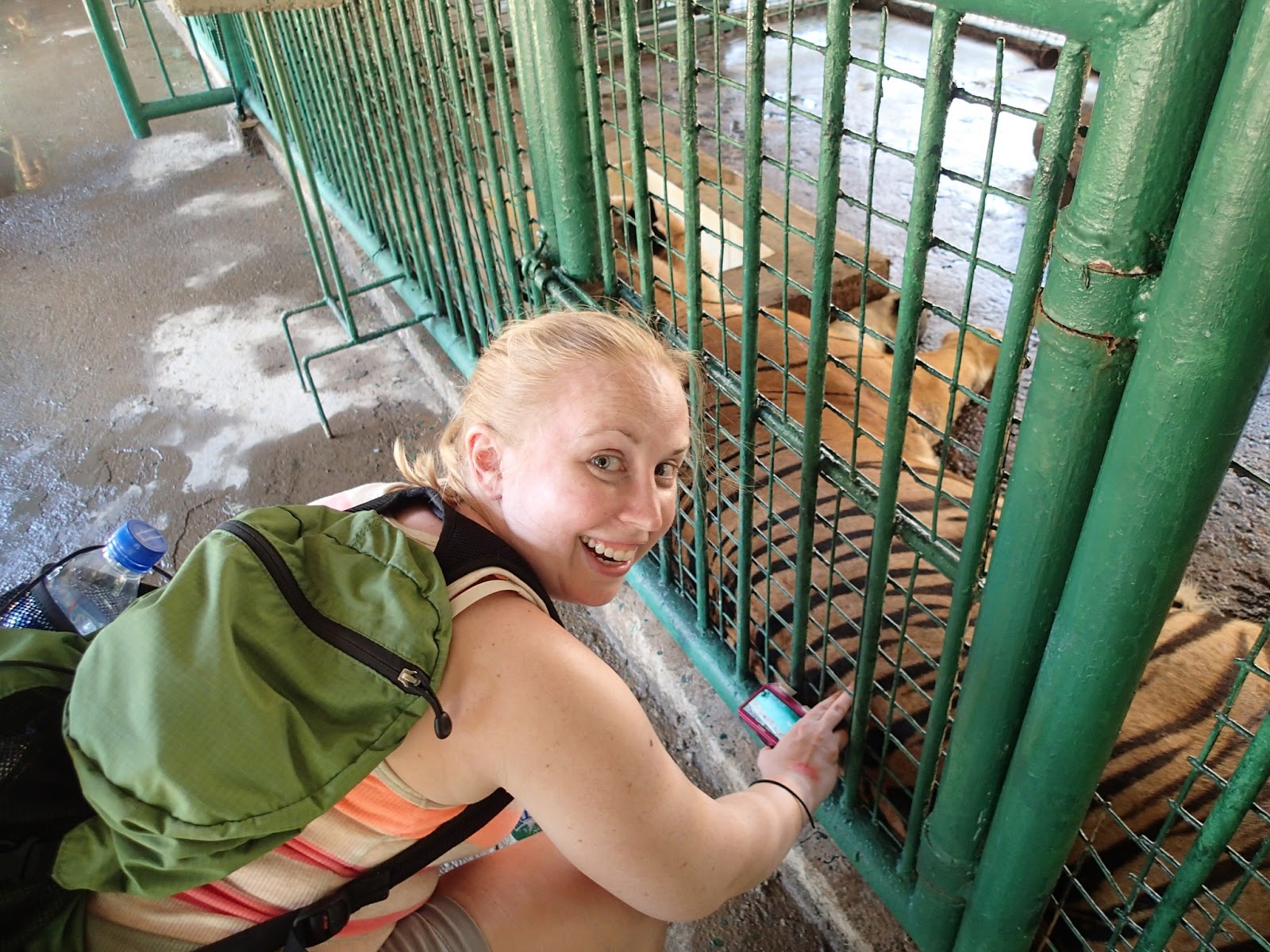 We were warned while walking next to the tigers that if they turn their butts to us to watch out because they might spray urine!

The next attraction was watching a tribal dance. These were real members of a tribe from this area. 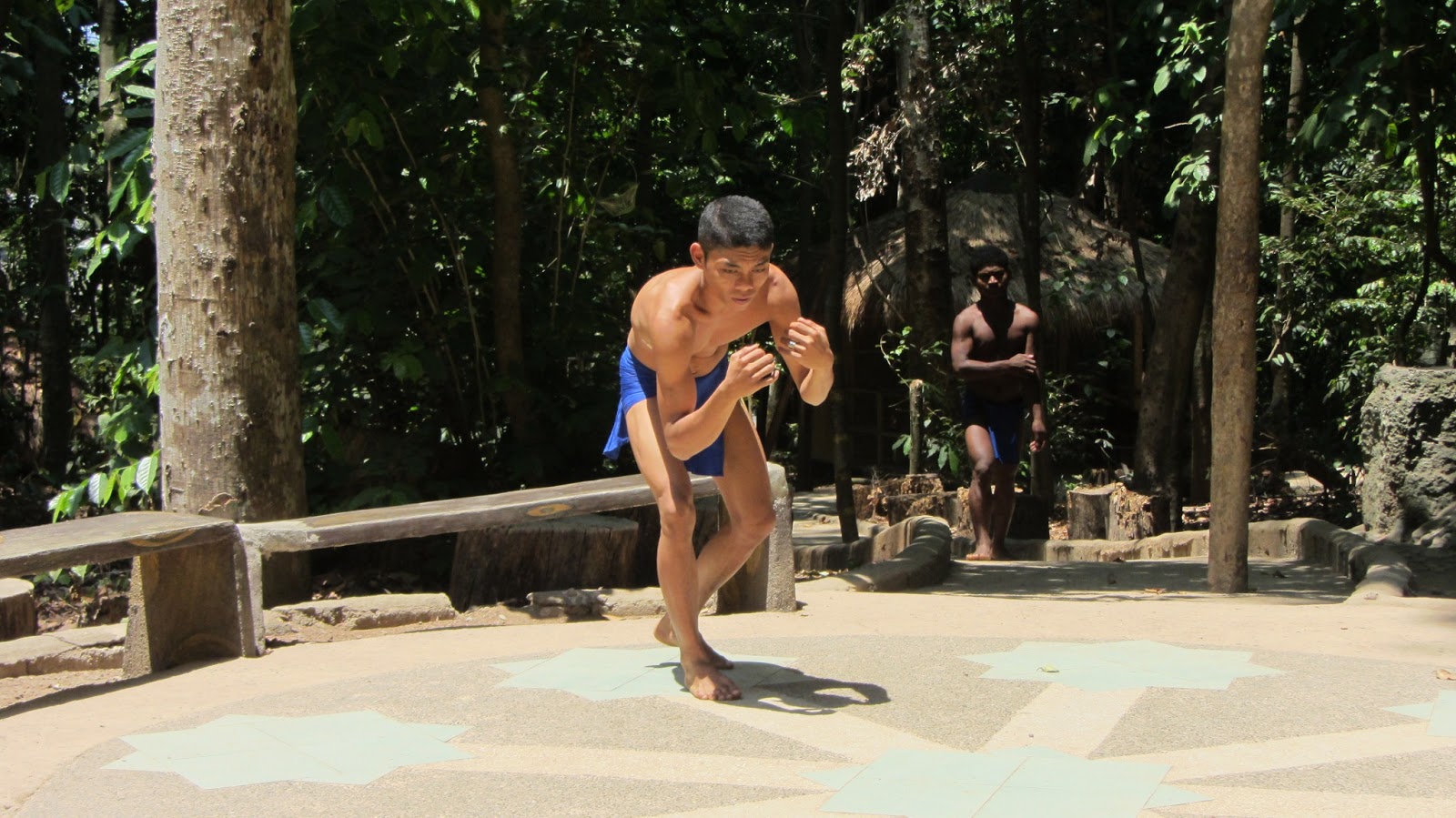 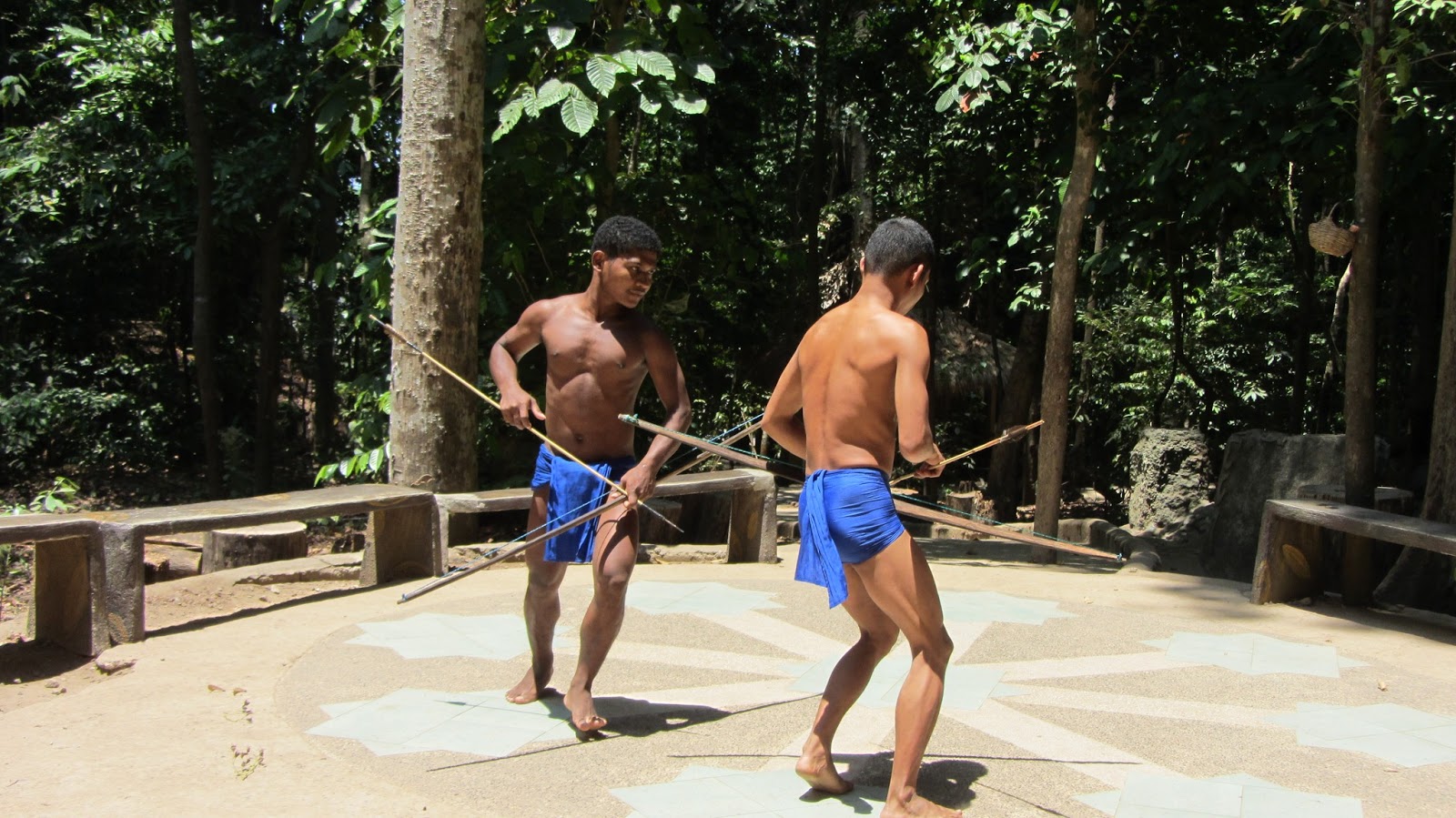 Then we went a walk to the crocodiles. Here for I think 50 php we could get a raw piece of chicken attached to a pole, kind of like a fishing pole, and feed the crocodiles. It was a really cool experience and I got some good video. 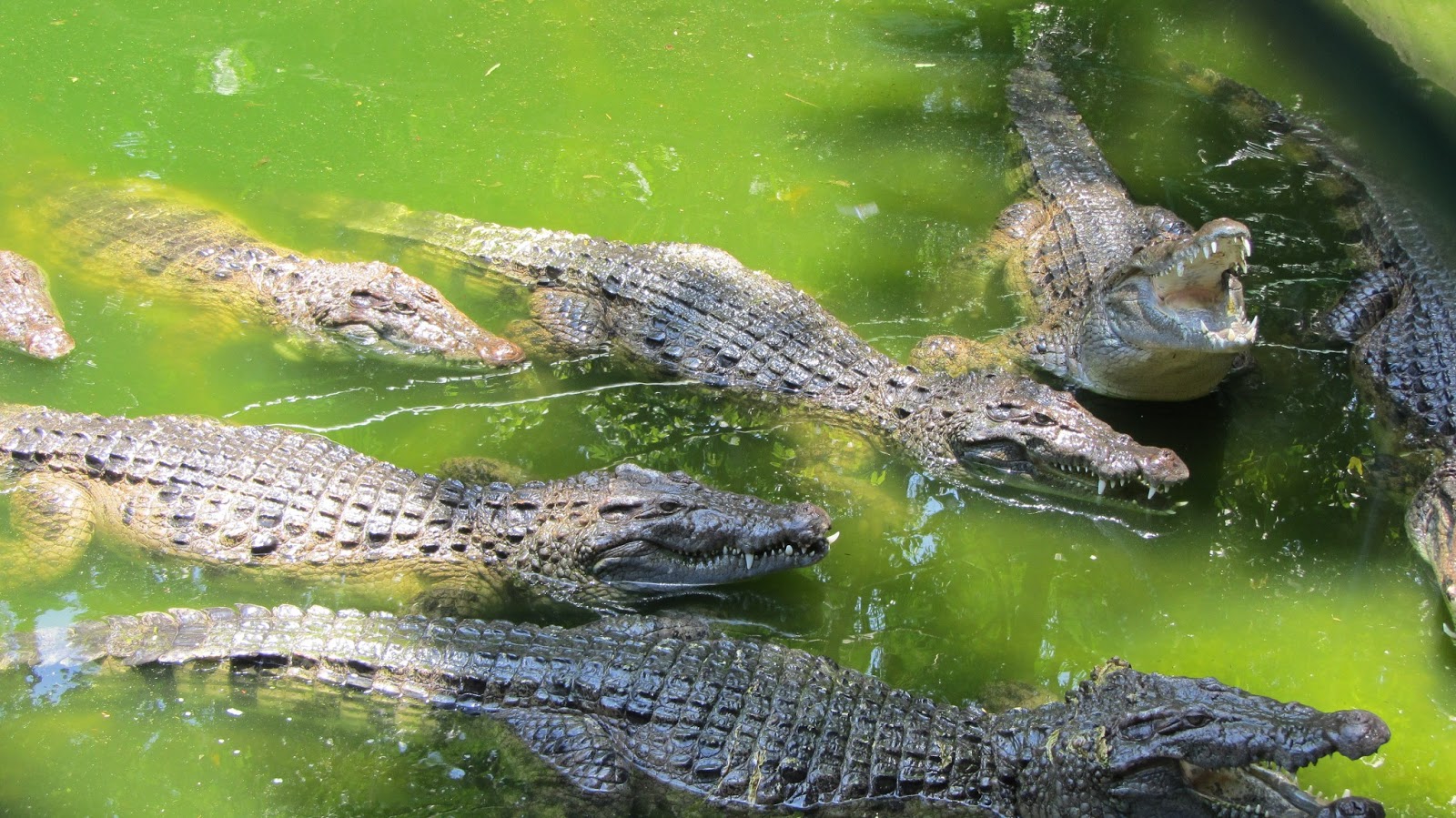 After this our safari was over. It was a pretty cool experience. Then we left and drove to a beach. We went to a place that looked like a resort on the beach. I guess it was a place where you could bring a picnic and use their beach. There really wasn’t much of beach you just took stairs right into the water. The kids swam and then we ate. The food was delicious. The best Filipino food I’ve had anywhere. After lunch we relaxed. 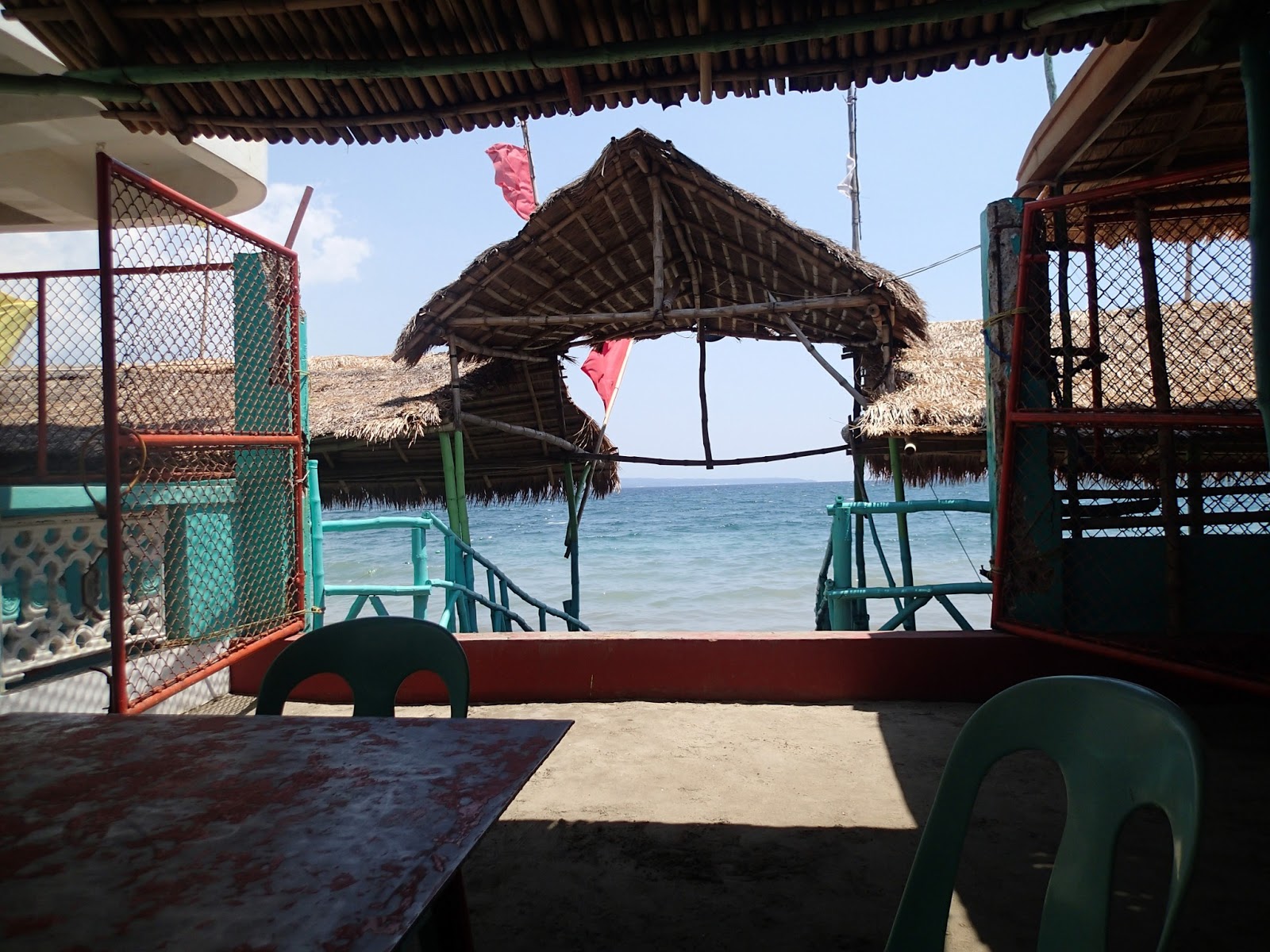 Then we started back to San Fernando around 4. I was tired and feeling so gross and sweaty. The drive home was very scenic though. 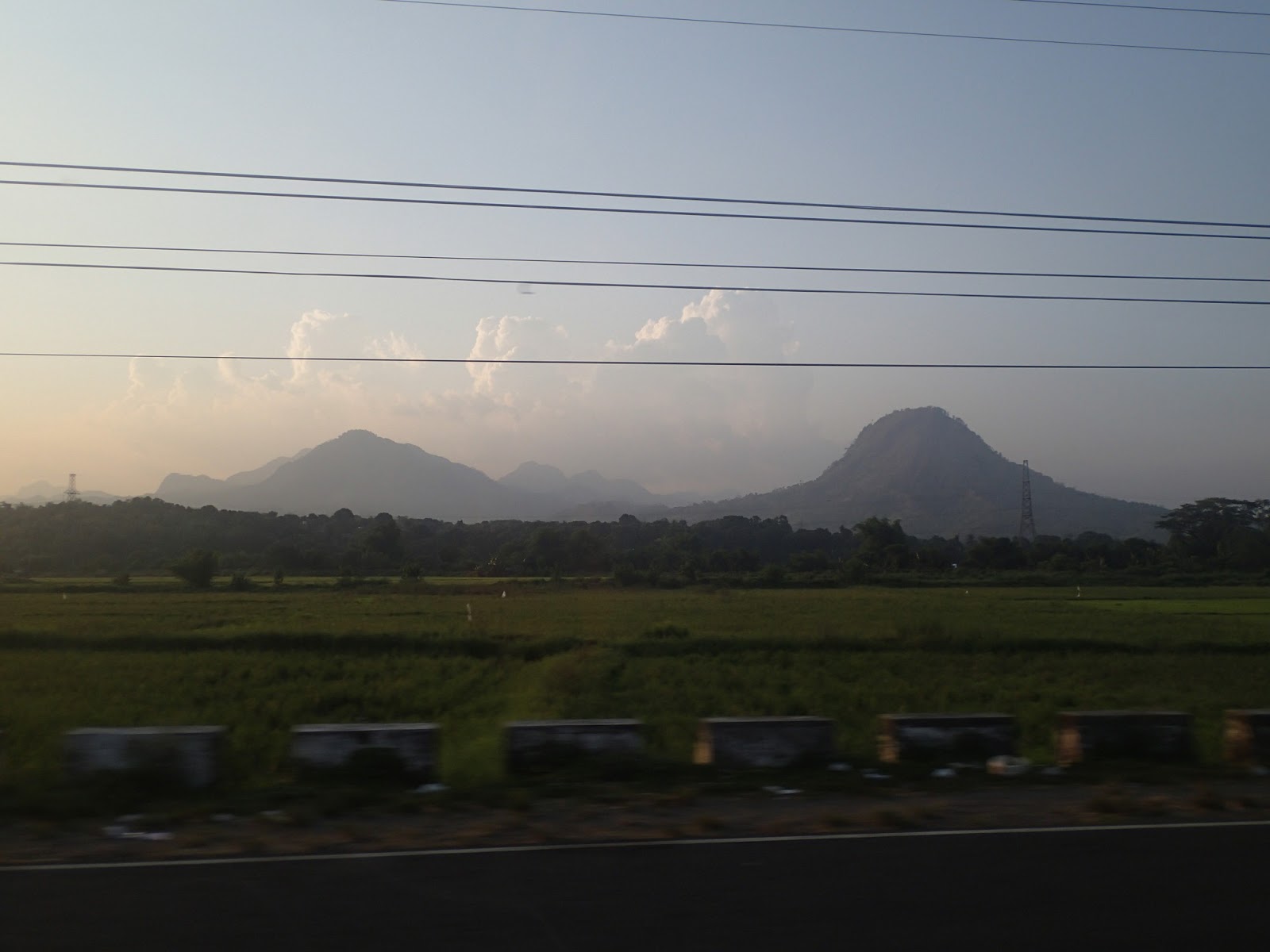 We went back to our hotel when we got back to San Fernando. We were tired and gross. We got cleaned up and then we went across the street to the Walter Mart. It was basically a mall. Don bought a new Samsung cell phone for about $80 to replace the old blackberry we use overseas. It was a good deal. Then we got some dinner at Shakey’s. It’s a fast food place. We had pizza. It was okay….nothing like the pizza we had in El Nido.