We woke up around 8 today and got packed to go to Athens. While I was packing and Don was in the shower I heard a strange noise. The little orange cat had gotten through our patio door and was hanging out in the hotel room. I loved this cat! He was so cute. We played with the cat for a little while and then went to breakfast. Then we did a little photo shoot with the cat and of our cute balcony. I really loved Hotel Despotiko. Everything about it was great. 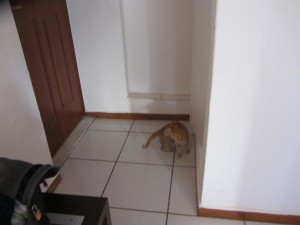 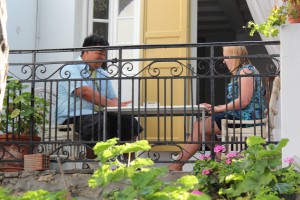 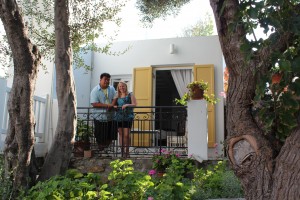 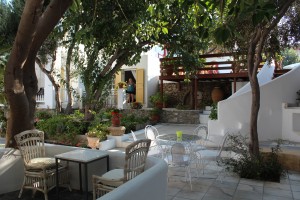 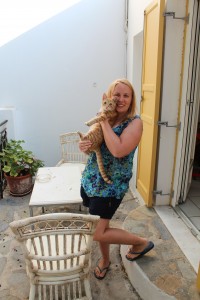 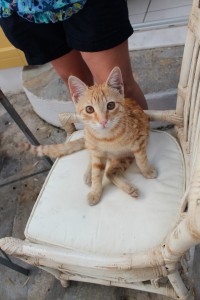 The bus picked us up around 10 to go to the airport for our flight to Athens. The flight was very short, maybe 30 minutes. It was totally worth upgrading to the flight instead of doing the 5 hour ferry ride.

When we arrived in Athens our guide found us and took us to a bus. On the 45 minute bus ride to the hotel she went over things. We checked in and looked around the hotel and then decided to venture down to the plaza. Here’s some pictures of Hotel Stanley and its views. The views from Hotel Stanley were spectacular. The room itself is very basic. 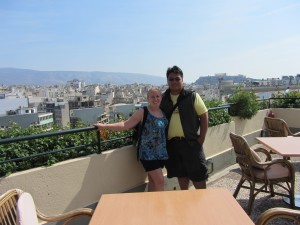 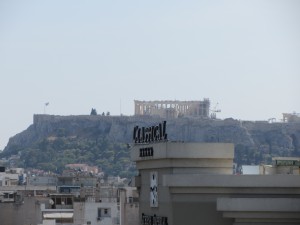 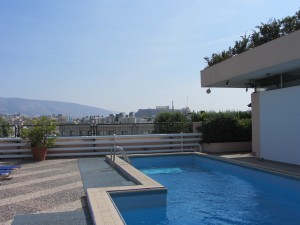 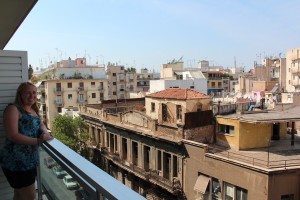 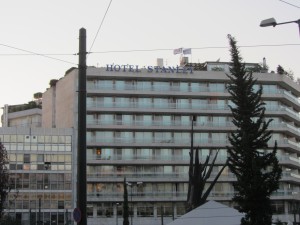 We were told to take a taxi since the public transportation was on strike, but Don thought we could walk it. He was right; it was no more of a walk from our apartment in Lakeview to Downtown. We went to a restaurant close to the hotel because I was starving. It was pretty good. Then we walked and saw some sites. But we mainly saw shops. We had a beer at one of the restaurants and then walked back to the hotel. It was a good walk. But really Athens is just a city. It is unique though with all of its ruins.

We got back to the hotel and had dinner on the rooftop. I wanted to eat outside but it was so windy so we moved indoors. It was really cool because the Acropolis was lit up so after dinner we took a few pictures of it while having a drink . 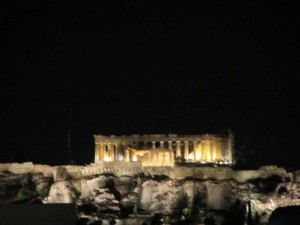