Today we woke up at 645 so we could be ready to be picked up at 8 for our Athens sightseeing excursion. The bus drove us by many of the sites and then we got out at the new acropolis museum. We had a guided tour through the museum and then we were free to roam for awhile until we walked up to the acropolis. The museum was cool, outside you could see the archaeologists working underneath the museum..here’s a picture. 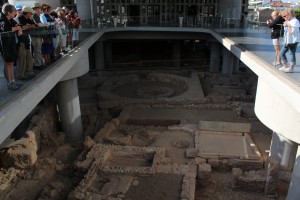 The walk to the acropolis was pretty amazing. The sights were so beautiful and a little scary because the marble was slick! We took a lot of pictures. 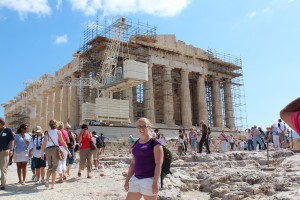 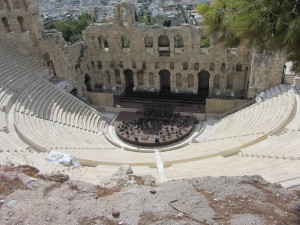 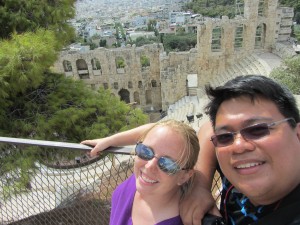 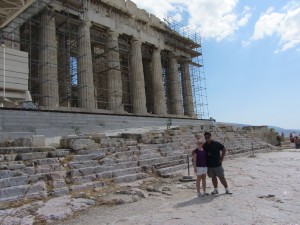 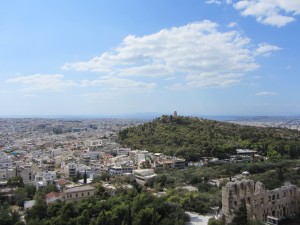 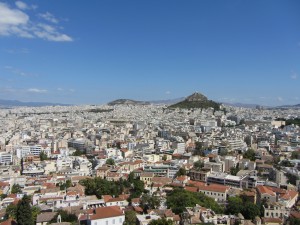 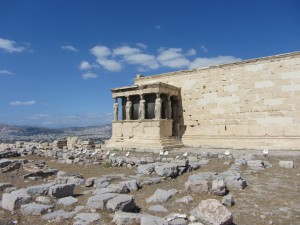 And then came down for lunch in the plaka. The plaka was the first place where we had people begging us for money. Mostly children begging. At the restaurant where we ate children would come up to you and play music for money, but the restaurant staff kept kicking them out. It was sad. The meal that I had here though was one of my favorites in Greece, stewed meatballs and rice.

We had the rest of the day to do whatever so we decided to take the tram and go to the coast. It was hard for us to figure out how to pay for the tram but I guess we did it right! We rode to the end but there wasn’t really anything there so we got back on and got off at a marina. The marina was beautiful and had a nice little mall. We left the marina and walked the coast for a bit. We saw people fishing, swimming and snorkeling. It made me want to snorkel! 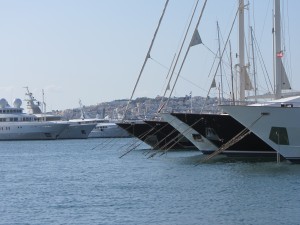 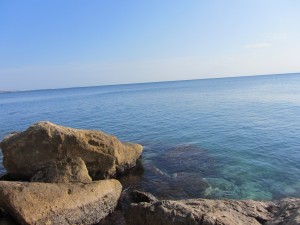 Of course on our walk we found cats! 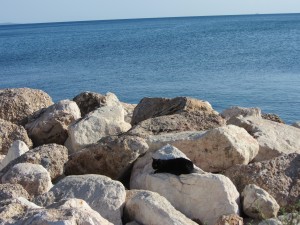 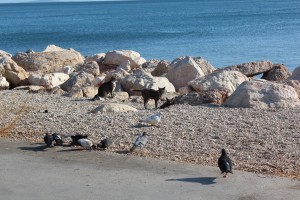 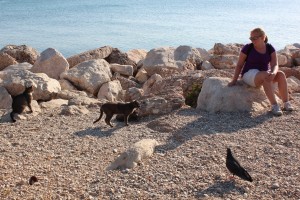 Then we took the train back to the plaka right in front of the parliament building. There was a protest happening here and it was cool to see. There were tons of police and riot police. Luckily it wasn’t violent. 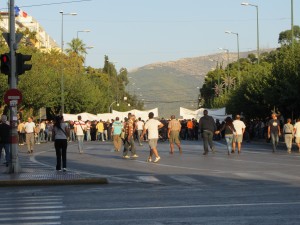 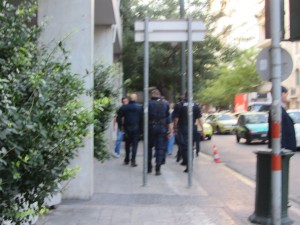 Then we walked back to the hotel and started packing. Around 830 we saw a sign saying there would be a strike for cabs and all public transportation the next day. We were a little worried this would interfere with our ride to the airport. Luckily there was a Gate 1 representative at the front desk and she told us not to worry they would send a private bus to pick us up. 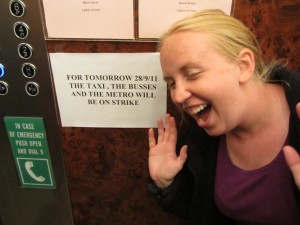 We went to a little place and got some gyros and beer to bring back to the hotel for our last night in Greece. It was the best gyro I’ve ever had; even though I’ve only had a few…it was amazing! It was hard to believe our honeymoon was ending, it was amazing. I never dreamed I would go to Greece for my honeymoon. It was the best experience. After eating we went to sleep to await our 230 wake up call to go to the airport.