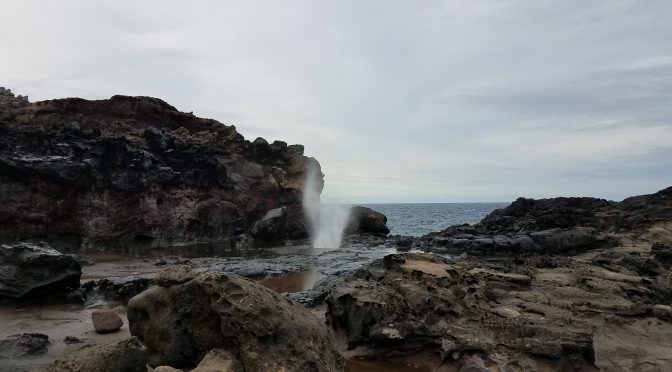 This morning I had some coffee on the lanai and it was so nice. 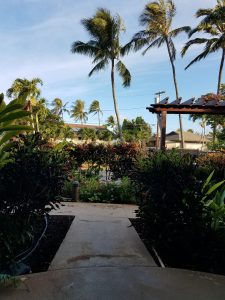 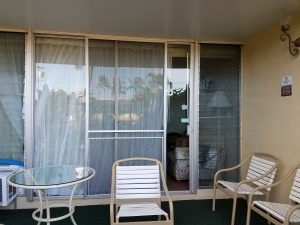 We packed up some food and drinks in a cooler and then we attempted to try this breakfast place called The Gazebo at the resort South of us but the line was ridiculously long. I would recommend trying to get into this place because we heard it’s great but get there like at 5 am I guess because they can seat like 10 people. The view from this resort is really cool though so if you can’t get food check out the view. 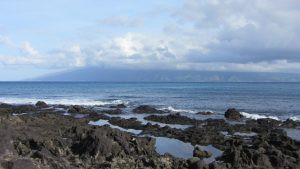 After taking a lot of pictures near The Gazebo we decided to try a breakfast place we saw called Slappy Cakes. This place also gets crowded but if you can sit at the bar. This place was amazing–so, so good–I really don’t know how The Gazebo could beat it. Don had the Slappy Moco and I had the Carnitas Benedict. It was so delicious, thinking about it right now is killing me! We would highly recommend Slappy Cakes.

After breakfast we made our way to Honolua Bay. There is no parking for Honolua Bay; you just have to find a spot on the side of the road and hike down. The hike is easy and maybe 5 minutes. The bay is all big, round rocks, so it was a little challenging getting down into the water because it was slippery. The water was also kind of cold at first but it warmed up. We started on the left side of the bay and we went pretty far out, pretty much to where the bay opened up. On the way out the dull rocks changed to beautiful coral. 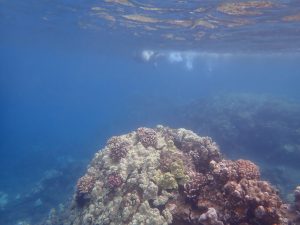 We saw a big green eel and a large school of fish, that was pretty cool. After the school of fish I spotted our second turtle in Maui! So cool, how did we get lucky enough to see a turtle again?! 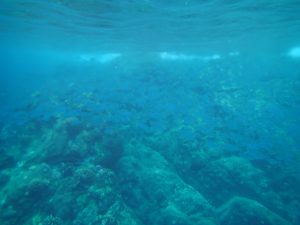 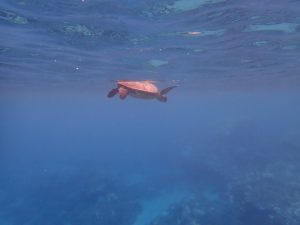 I got a crazy cramp in my foot and had to stretch it out in the water for a good 10 minutes. Once I was good we decided to swim over to the right side of the bay. On our way we saw another turtle, although it could have been the same one.

The right side of the bay was awesome, lots of colorful fish and coral. We saw a huge sea turtle and it was eating. It didn’t care about us or anyone around it at all. We watched that turtle for a long time. We saw a lot of turtles here, maybe 6 different ones. It was amazing. We even saw an octopus! It was scurrying along the sea floor and once it reached a rock it changed colors instantly to camouflage itself. It was amazing and so quick! We also saw a small, almost iridescent sea snake. The snorkeling at Honolua Bay was amazing and by far the best snorkeling we have done in Hawaii so far. 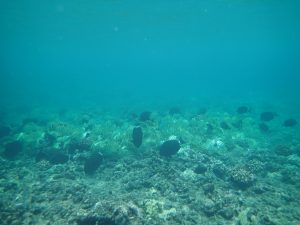 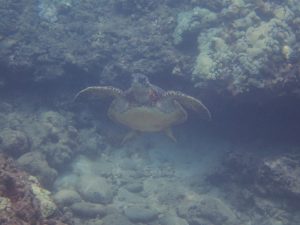 After Honolua Bay we made our way to Kapalua Beach. Kapalua Beach is the beach just North of Napili Bay (our beach). There is a parking lot for this beach near the golf course. The beach had a lot of pretty coral and fish. There were even a few schools of fish, but no turtles. It was sandy and rocky and pretty good for snorkeling. We saw another small eel. So far snorkeling in Hawaii is in this order: Honolua, Napili, Kapalua, then Hanauma. 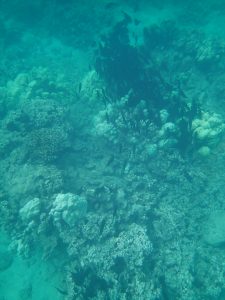 We didn’t spend as long here and  it was getting late in the afternoon so we decided to get back to our room. We got cleaned up and decided to try to see the Nakalele Blowhole. I was really nervous about driving here because the road looked a little crazy on the map. The drive was a bit crazy because it was near a cliff and curvy. There were some awesome views and when we got to the blowhole it was a pretty crazy hike down to it. I wasn’t really expecting a hike and I was getting worried it was going to get dark soon, but we decided to do it. There were a lot of other people making their way down also. The views everywhere were spectacular and the blowhole was pretty cool. Don drove on the way back so I could take in the views. We stopped at a view point and realized we were looking down on where we snorkeled earlier at Honolua Bay. Once we got back to town we ate at China Boat, most places were closing. It was pretty good Chinese. 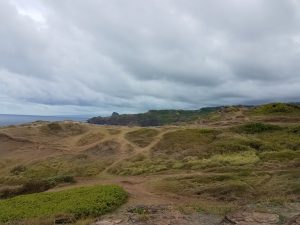 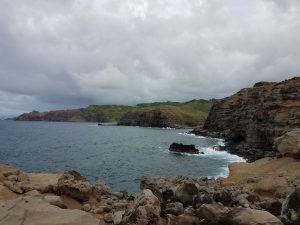 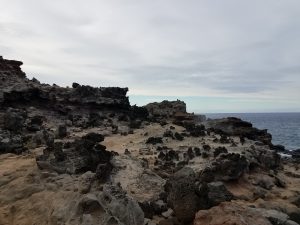 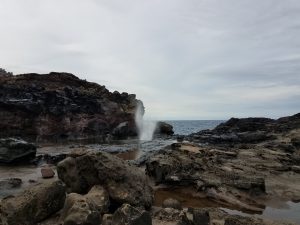 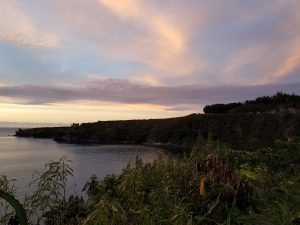